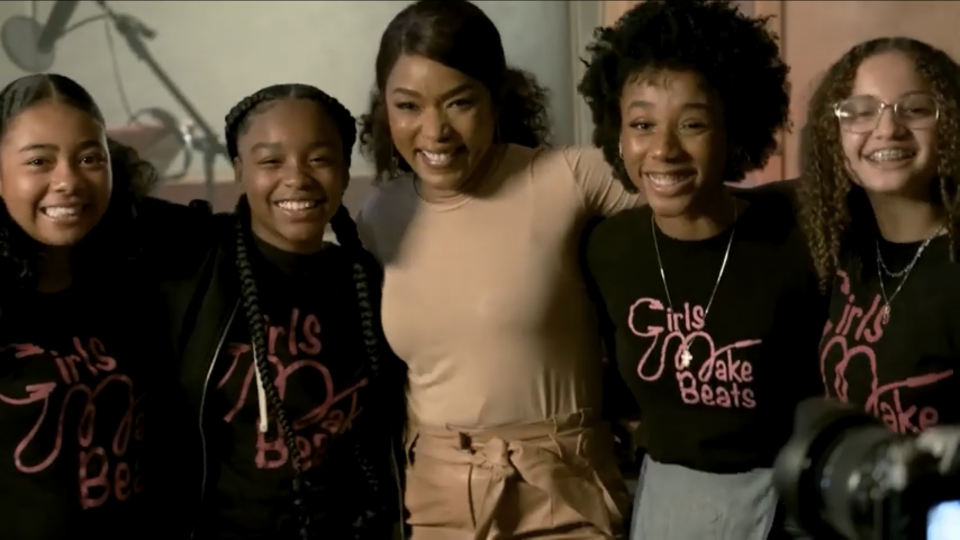 The integrated campaign included broadcast, digital, social, print and experiential platforms and spotlighted Ford’s support of the nonprofit organization Made in Her Image, which is dedicated to the advancement of young girls and women in film, media and technology as well as Girls Make Beats, another organization dedicated to empowering girls by expanding the presence of young women DJs, music producers and audio engineers.

The culmination of work was highlighted during a media appreciation luncheon, one day before ESSENCE’s Black Women in Hollywood luncheon and awards, where Ford reached another milestone by remaining the presenting sponsor for the 10th consecutive year.

During the media luncheon – hosted by Ford’s own Raj Register, head of brand strategy and growth audience marketing and Dibrie Guerrero, Ford’s multicultural marketing manager – all of the women who made the 2020 Escape campaign come to life were in attendance. Attendees also included representatives from FREE THE WORK, a nonprofit initiative advocating for more opportunities for underrepresented creators, as well as the Association of National Advertisers’ #SeeHer movement, which focuses on accurately portraying women and girls in media. These phenomenal women included:

The women bonded and reminisced over a vegetable-forward lunch from restauranteur and Michelin-starred Chef John Fraser, provided by Ardor restaurant located inside The West Hollywood EDITION hotel.

The conversations held revolved around Black women in the entertainment industry and the experiences that were shared between the phenomenal creative team in the making of the campaign. One of these experiences included a tear-jerking moment that happened after attendees got a sneak peek of the behind-the-scenes videos that included memories made by Bassett, girls from Made in Her Image and girls from Girls Make Beats.

During the video entitled “The New 2020 Escape: On Set,” you can see school-aged girls from both organizations talking about how they’re inspired to do more of what they love, which included cinematography, film-making, production and more. In the video titled “The Voiceover,” girls from Girls Makes Beats lovingly engaged Bassett as she created the voiceover for the #BuiltPhenomenally campaign. In it, the girls can be seen singing and talking about their dreams and aspirations with Bassett. The inspirational video ends with Bassett commending the girls on their courage and beauty and also encouraging them to: “Stay strong, always be safe and don’t take no mess!”

Check out both videos for yourself by clicking on “continue” below and let us know what you think. To view the behind-the-scenes video of the girls on-set, click “continue” again to watch it on the following page.