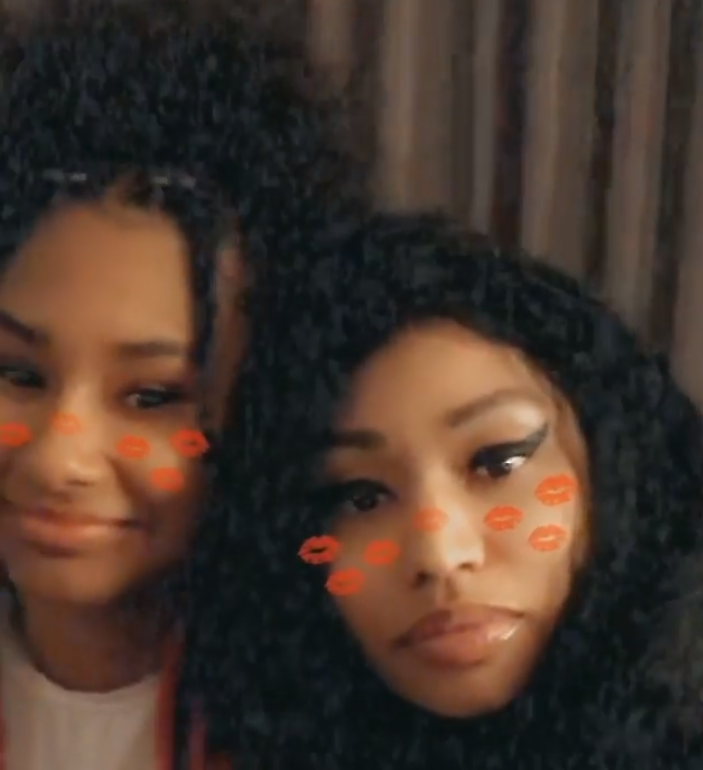 Fans of rap maven Nicki Minaj expressed surprise to learn that the Pink Barbz has a little sister and why she kept her under wrap for so many years.

The 37-year-old “Moment 4 Life” femcee had fans flipping out on social media after she showed off her sister, Ming, and their father for her 110 million Instagram fans.

The sisters are shown smiling as Minaj pans the camera between the two and then includes their father. The IG and Twitter clip sent her fans into a tizzy because no one knew her sister ever existed.

Minaj seems to be rocking with a whole new vibe these days after getting secretly married to her childhood love, Kenneth Petty, in October 2019. And fans are buying what Minaj is selling in terms of being more personable and revealing more about her private life. Most of all, fans are struck by how much Ming resembles the Queen album creator.

“Nicki? has? a? little? sister?” one fan on Twitter asked incredulously, while another said: “Nicki’s little sister is so pretty oh wow Pleading face,”

“I ain’t know Nicki had a little sister, I thought she was the only girl?!?” A third respondent added. Some fans said the sisters are “twinning” because they look so much alike.

“Your lil sister is your twin 😍😍😍😍 gorgeousness runs in the family,” someone wrote. “SHE HAS YOUR WHOLE FACE HEAD 😍😍😍😘😘❤️❤️GORGEOUS!” added another.