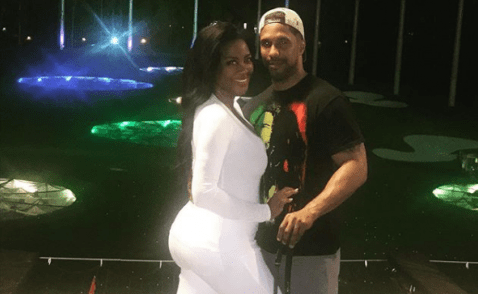 Kenya Moore is getting no sympathy about the breakdown of her marriage to Marc Daly. In fact, many fans seem to be taking delight in throwing Moore’s troubles back in her face.

The returning “Real Housewives of Atlanta” star admitted in the latest episode that she is emotionally fragile because her husband is verbally battering her. Moreover, she claims he is infatuated with another woman.

“I look around and I see these text messages or whatever. One of the women was begging him to keep the sex going even though he was married. That woman, he still communicates with after I told him, ‘This is inappropriate.’”

Moore was so incensed that Daly was carrying on an affair that she contacted the side chick.

“I called the b—, too, which I regret that I did. She answered the phone, I said, ‘You might want to take me off the speakerphone, this is Mrs. Marc Daly.’ And she picked up the motherf—ing phone, and I proceeded to let her know if she came anywhere else near my husband, I know where she lives.”

Moreover, during the most recent episode of RHOA, Moore recalled how Daly hammered her so viciously that she teared up.

“He ended up getting in the Uber, we took off and then he was just like livid. He was like, ‘I didn’t even want you to come.’ Somehow I ruined his night,” Moore said. “Every time he gets mad, he goes in, he goes for my throat. He can’t stop until he feels like he is just completely destroying me.”

Moore’s archrival, NeNe Leakes, said that “karma” is visiting Moore after she allegedly threw her “perfect marriage” in other people’s faces. She also, according to several cast members, took delight in dissecting other women’s marriages and even tried to break up relationships.

Judging from the posts below, Twitter isn’t the place to go if Moore is looking for consolation.

Kenya played all up in Phaedra marriage, played with Kim Fields marriage and spread rumors, bullied Kim Fields, bullied Porsha, brought the cookie lady to Tanya, shamed Tanya for not having kids and a husband and now we’re supposed to have a pity party for her? #RHOA pic.twitter.com/JP46utOPl0

Kandi and Cynthia: Let's be sensitive to her situation
Nene: She should have thought about that before she brought another woman to tanya

You ain't wrong. One hates to see it but once you remember Kenya's lowlights, isn't her disaster of a relationship fair game? She was terrible to Tanya this season—the same season she announced her divorce. Tanya is better than me in so many ways for being gracious. #RHOA pic.twitter.com/UkuXcimbly