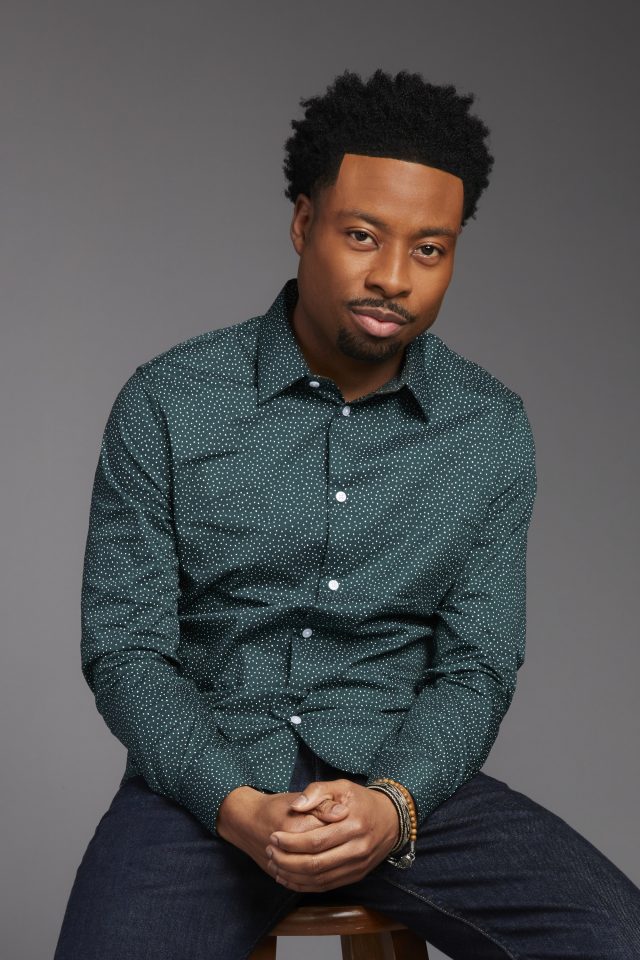 Justin Hires is a multitalented performer, actor, producer and stand-up comedian. Born in St. Petersburg, Florida, he was always known for making others laugh. Hires received his bachelor’s degree in mass media arts from Clark Atlanta University before moving to Hollywood to begin performing stand-up comedy.

After moving, Hires became an internet sensation amassing more than 1 million views online with his vlogs and comedy sketches. He has starred in films, including 21 Jump Street, Stomp the Yard and The Gospel and on television in Comedy Central’s “Key & Peele” comedy sketch series. He currently appears in CBS’s “MacGyver.”

Rolling out spoke with Hires about his role on “MacGyver” and about his upcoming music release.

How did you get your start in acting and stand-up comedy?

I started in theater doing “Shakespeare in the Park” productions and realized I wanted to be an actor. I started stand-up when I moved to Los Angeles because all the comedians and actors that I looked up to started as stand-up comedians: Eddie Murphy, Martin Lawrence, and the Wayans family.

Tell us about your role as Wilt Bozer on this season of “MacGyver.”

The Phoenix Foundation has been shut down, and Wilt is finally pursuing his film career. He’s always had dreams of being a film director. MacGyver comes along and is like, “The world is about to end. We need you for a mission.” They are elevating his character to a more established position at the Phoenix Foundation.

How did your previous roles help you prepare for this role on MacGyver?

In Rush Hour we worked 13 to 15 hours a day. I grew as an actor and once I got on Rush Hour, I realized I didn’t have to be as loud. I could play the scene with a little bit more subtlety. So being around them made me grow as an actor and really be present in the scene and listen to what’s going on.

Click continue to read more about Hires recording his first mixtape and starring in Half Baked 2.