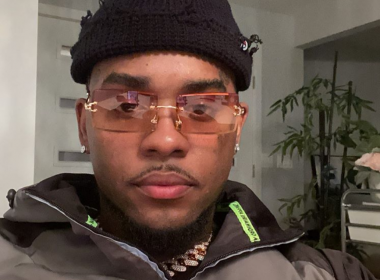 Fans of singer Summer Walker were freaking out when her boyfriend, producer London on Da Track, was playfully choking her online but refused to release the grip when it appeared to cause her pain.

London on Da Track, 28, who was born in Memphis as London Tyler Holmes, can be seen looking into the camera as he held a tight grip around Walker’s upper neck. Despite the fact that the Atlanta-born Walker, 23, appeared to be grimacing and wincing in pain — and clearly verbalized this — London refused to let go of her neck even after she said ‘stop.’

“Stop it hurts, it’s supposed to be sexy, it hurts”, Walker said as she worked to get out of the grip. London refused to take his paws off her neck until she said she loves him.

“Say you love me,” he demanded. Even after she uttered the magic words, London did not release the grip on her neck for another few seconds.

Summer Walker didn’t look comfortable when getting choked by London On Da Track, but maybe that’s her thing. pic.twitter.com/KCh0BViMDj

Many Black Twitter users expressed discomfort and repulsion, not only at London’s actions but also at the fact that he proudly displayed it for fans to observe.

Walker, however, responded to the critics of the video to say London “was playing.” 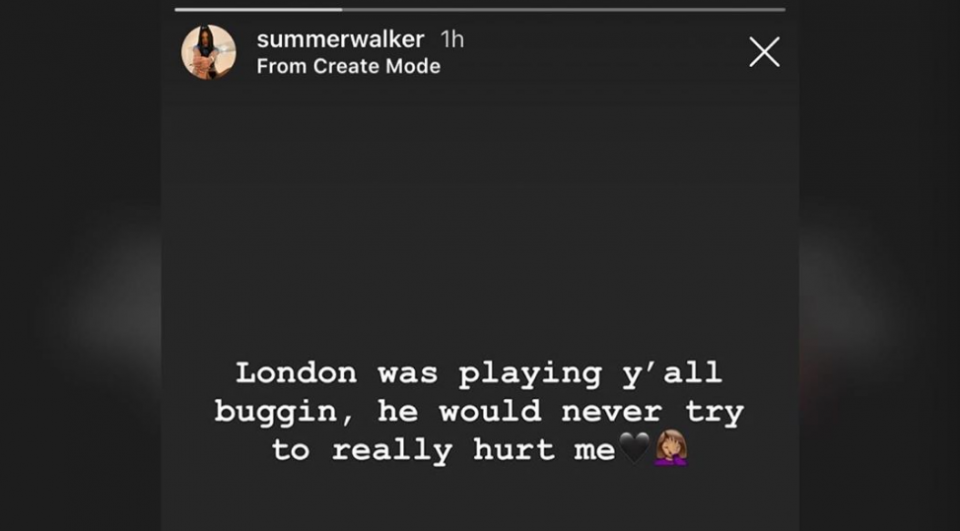 Black Twitter did not find the video funny and aired out its feelings about the matter. Here is a small sampling of the responses:

this is weird as hell. I’m so sick of seeing them 2 together. Smh

"we got london in da jail"

Others believe this episode could be symptomatic of something darker going on between the couple.

Am I the only one that think Summer Walker be getting her head knocked off by London? I have this whole theory, and in my head that’s why she got her nose done. And I’m sticking to that.

summer walker and london are weird for posting that video… is it a cry for help? this isolation got people buggin out fr

That video of London and Summer Walker is very uncomfortable to watch. Also confirms suspicions I had before. Prayers to her and that’s all I’ll say.

🗣🗣 Fans of singer #SummerWalker were left concerned after her boyfriend, producer #londonondatrac, was captured on video choking her. 🤭🤭👀😩 and demands her to "say you love me."

Summer did not appear to enjoy the choking. 🤨😒🤔🙅🏽‍♀️ pic.twitter.com/LqnNqb1TVt

Dispicable. I hope that the police have been contacted. There is nothing funny about this