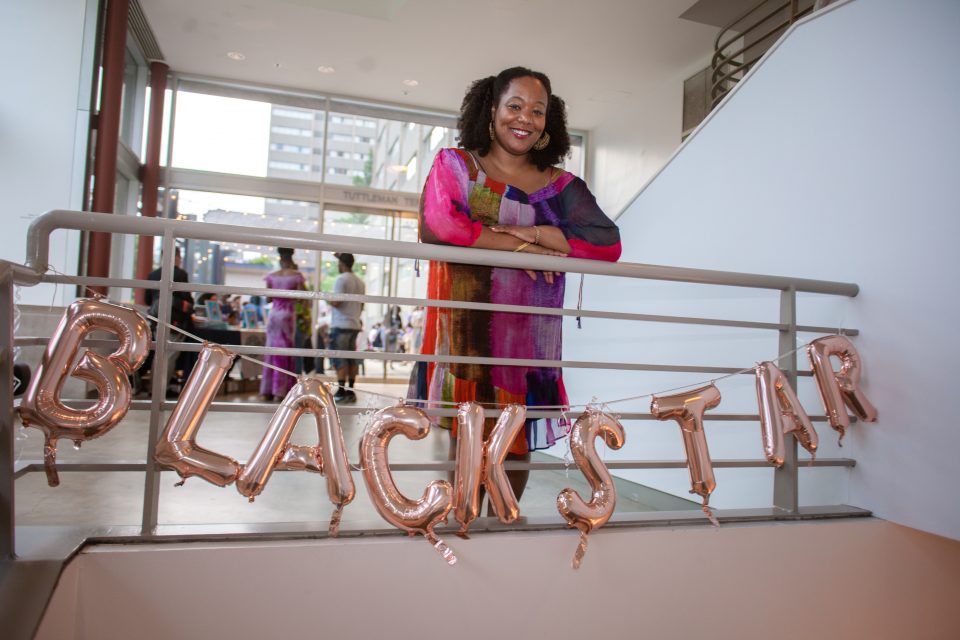 Maori Karmael Holmes is the founder and artistic director of BlackStar Film Festival.

Holmes received her bachelor’s in history from American University and her MFA in film from Temple University. Her work has screened internationally, including the feature documentary Scene Not Heard: Women in Philadelphia Hip-Hop. She also has directed and produced works for Grammy Award-winning singer-songwriter India Arie.

Rolling out is committed to bringing awareness to successful women leaders in our community and spoke with Holmes as a part of our Women’s History Month recognition.

I have three jobs. Each day is managing a lot of meetings, phone calls, and [emails]. I am the artistic director and CEO of BlackStar, which includes our festival, an upcoming journal, a filmmaker seminar, a lab, and year-round screening programs. I am also curator-at-large at the Annenberg Center for the Performing Arts and media-maker-in-residence at the Annenberg School for Communication at the University of Pennsylvania. I’m also a producer with Blackbird Communications.

How would you describe your brand in three words?

I would describe my brand as authentic, optimistic, and audacious.

What two things can you share that you’ve learned from failure or from being uncomfortable?

Each time I have “failed,” I have grown deeper in my understanding of my true nature and my calling, so to speak. There are little failures, which only help you get sharper and stronger the next time out. Some of the bigger ones have completely transformed me and taught me not to doubt myself or my gut.