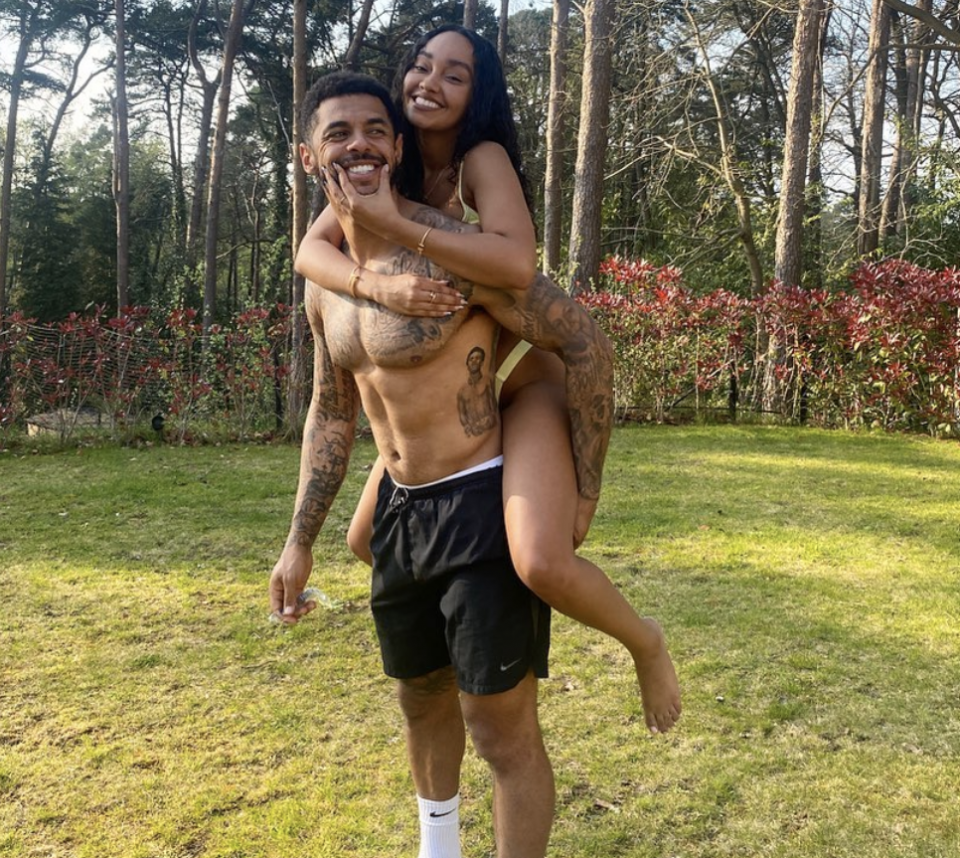 Leigh-Anne Pinnock has thanked her boyfriend for “putting up” with her amid the lockdown.

The 28-year-old pop singer is currently in quarantine with her soccer star boyfriend Andre Gray.

Alongside a behind-the-scenes photo of the couple at home, the Little Mix star – who has been dating Andre since 2016 – wrote on Instagram: “I’ve been a moody b—- lately with this whole quarantine thing I’m not going to lie… thank you @andregray_ for putting up with my face all day every day.. (sic)”

Despite this, Leigh-Anne recently claimed she’s still got plenty going on in her life during the lockdown.

Asked about what she’s currently up to, she shared: “Lots of cooking. Just TikTok. It’s so good. I feel like it’s for fun … oh God it’s addictive. I’m tired from doing it [‘Break Up Song’ dance], it’s so fun to do. I get a sweat on.

“But can I just say, though, I feel like when we all get lives again, we’re not going to go on TikTok anymore. It’s so time-consuming.”

The pop star admitted to being baffled by the Netflix documentary, which centers on the life of eccentric zookeeper Joe Exotic.

“I’m here with some friends, so we’ve been watching Netflix, watching ‘Tiger King’ on Netflix. It is the weirdest thing. I didn’t think it was real at first. I can’t believe it’s real life… but anyways, I’ve been watching that.

“Doing a bit of Lego, a bit of cleaning and all the good stuff.”