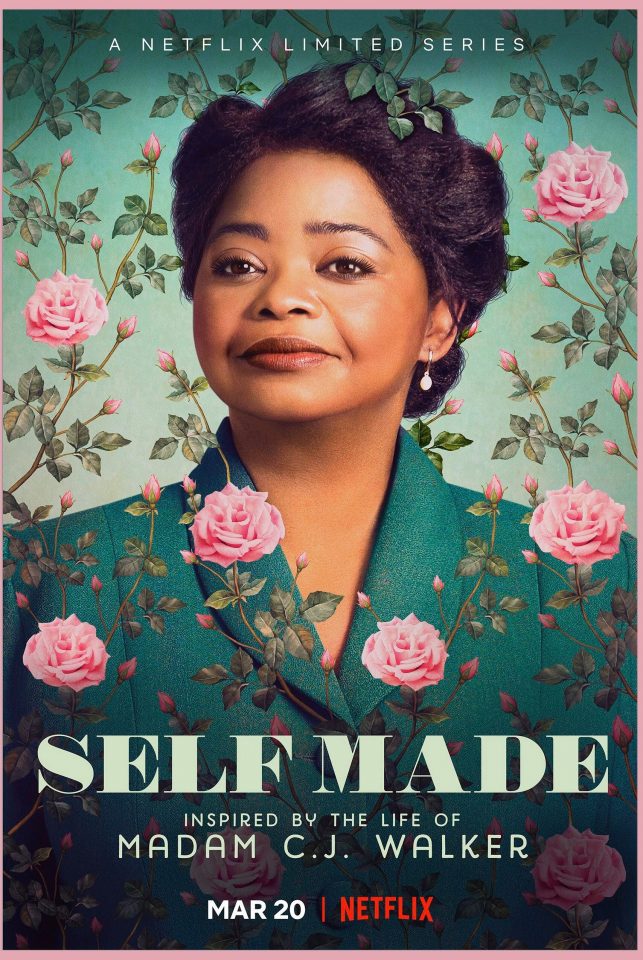 Releasing the limited series “Self Made” during the COVD-19 pandemic may have been the best thing Netflix has done this quarter. The series trended on both Twitter and Facebook feeds as the story of self-made millionaire Madam C.J. Walker was introduced to a new generation. The screenplay written by Nicole Asher was an intimate adaptation of the life of the original “boss chick.” Unlike other biopics, the series was inspired by Walker but included fictional accents of the strengths and weaknesses of one of our beloved sheroes.

Octavia Spencer shined as Madam C.J. Walker, the tenacious female entrepreneur determined to redefine Black women’s relationship with their hair and the American standard of beauty. In addition to showcasing Walker’s innate business instinct and dogged perseverance, the series also highlighted several character flaws, including a dysfunctional relationship with her then-husband Charles Joseph Walker, played by Blair Underwood and a strained relationship with her daughter Lelia Walker, played by Tiffany Haddish. The screenplay addressed the possibility of Walker stealing a “hair grower” formula from mentor-turned-competitor Annie (called “Addie” in the series) Malone. Lastly, the series unapologetically addressed the colorism that still plagues the African American community and how that painful history culminates in self-esteem issues in both dark-skinned and fair-skinned women.