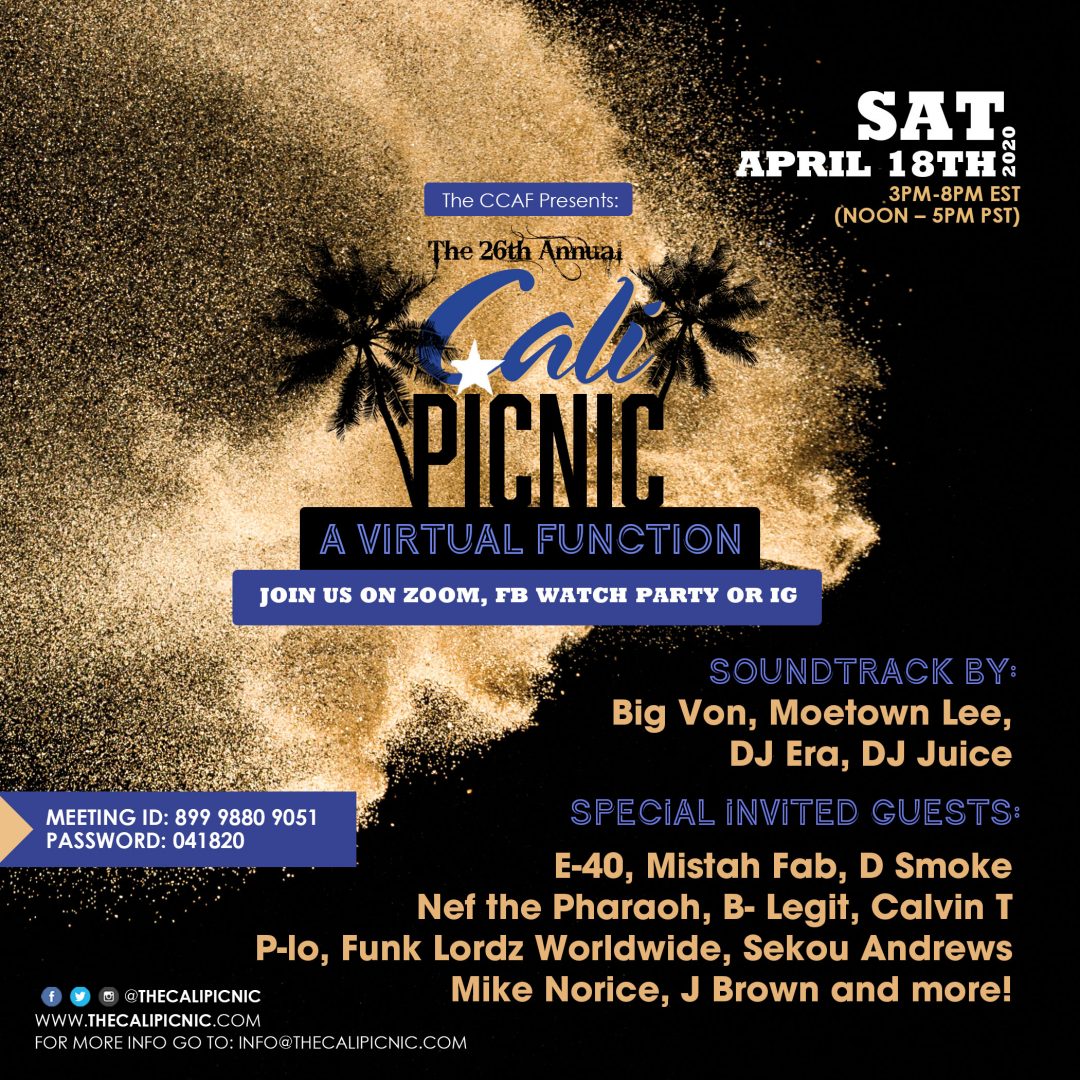 Image courtesy of The Cali Picnic.

An online version of The Cali Picnic, a historically successful festival with roots that go back to the early ’90s, was held on Saturday, April 18, 2020, via Zoom video conferencing, Facebook Watch Party and Instagram Live.

Attendees, who admittedly would have enjoyed being at Morris Brown College in Atlanta as was originally intended, expressed gratitude to the organizers for their efforts, despite obvious circumstances that prevented the normal turnout.

“In a lot of ways, it reminded me of the first picnic I was a part of as an organizer,” said N. Ali Early, who has been on the executive board since 2008. “The day was festive, and we had a solid base of people who found a way to have fun and enjoy each other in spite of the global crisis that prevented us from being together in person. People admittedly came and went all day long, but that core group was there for the long haul … and that was dope.”

According to Early, more than 2,000 people checked in via social media throughout the day.

Organizers announced in March that the 26th Cali Picnic would be postponed until late summer. They currently are working with officials at Morris Brown, while abiding by protocols set forth by the Centers for Disease Control and Prevention and the state of Georgia to announce the new date.