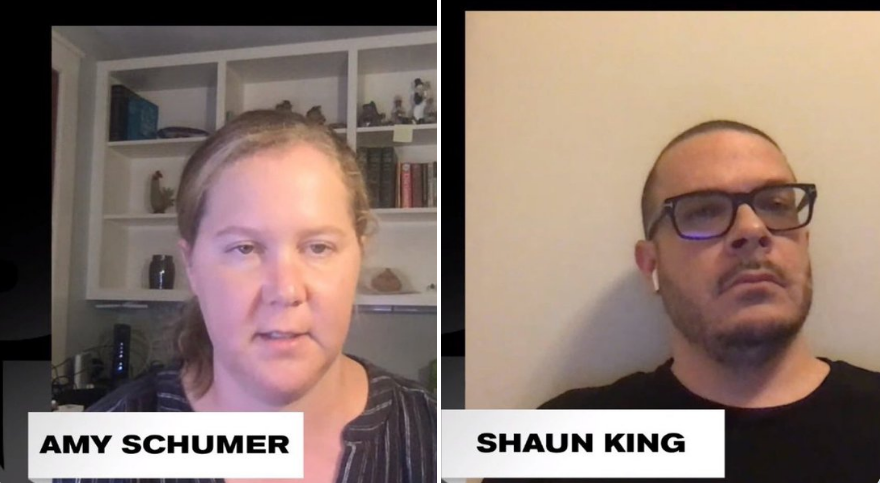 Music and media mogul Sean “Diddy” Combs incited quite the social media frenzy when he called for an”emergency family meeting” on Zoom and invited White comedian Amy Schumer to the virtual gathering.

Diddy, 50, who is the founder and owner of Revolt TV, invited several nationally prominent personalities to address the myriad of racially charged episodes that have exploded across the country in the past few weeks.

The tidal wave of blowback that Diddy received from Schumer’s appearance on Revolt TV was striking. This despite the fact the comedian wants the infamous “Central Park Karen,” Amy Cooper, to suffer greater consequences than she already has for calling 911 to make a false report against Black birdwatcher Christian Cooper.

“She lost her job, and she’ll never get another one,” Schumer said of Cooper who was immediately fired from her VP job at an investment firm.

“But I want worse for her,” Schumer said, adding that by faking distress that was supposedly caused by a Black man “could have led to real physical harm or death.”

Despite Schumer’s symbolic and verbal support for equality, some fans nevertheless stated that she was out of place at such a forum:

me: maybe amy schumer, a rich white woman, shouldn’t be the first person to have a platform to talk about police brutality

someone on twitter: YOU’RE THE FEMALE DON JR. https://t.co/Qcz7U9F2fE 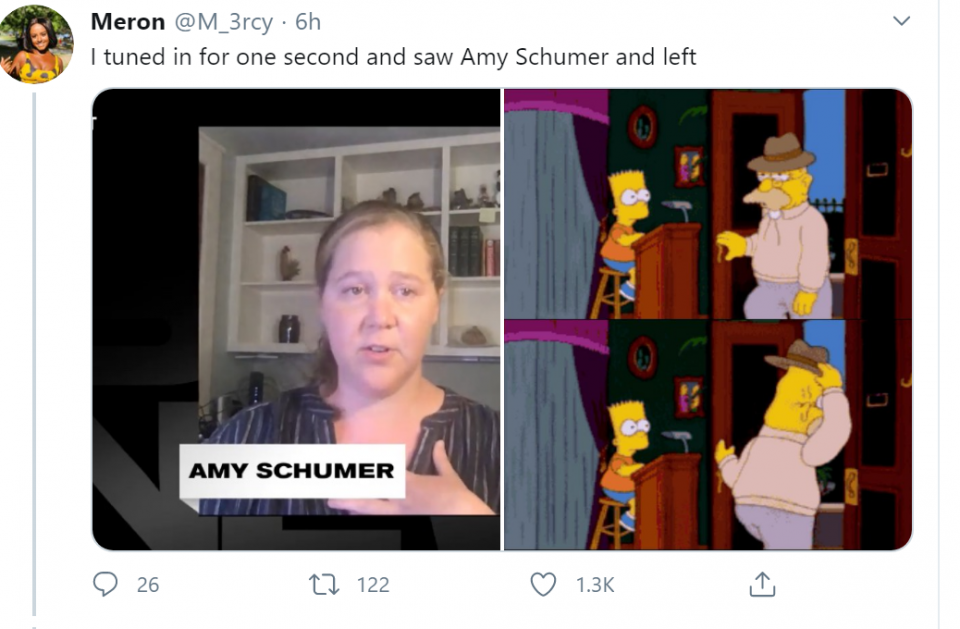 However, others on Twitter stated that Schumer not only had a right to be there but also that her presence was a necessity.

Check out the video of the conference, moderated by renowned former ESPN personality Jemele Hill and attended by former TMZ reporter Van Lathan along with writer and activist Shaun King.

Check out a sampling of the debate raging about Schumer’s appearance and, to some extent, the inclusion of the often-controversial King:

Amy Schumer and Talcum X have something in common. They both stole from Black people. One stole jokes. The other stole money. pic.twitter.com/aSdjPBffvh

Anyone questioning why Amy Schumer was included on .@Diddy's panel is ignoring one thing… Amy is social media gold. Her name draws impressions like a magnet… like a BIG magnet. Since the ZOOM event was promo'ed on line that makes a whole lot of sense.. gotta know your media https://t.co/1wBTFF9EWo

And the debate raged on about Schumer that lasted deep into the Wednesday evening and early Thursday morning hours. Flip over to the next page to check out a sampling.