Skip to content
Culture » Central Park Karen: Her life ‘being destroyed’ after 911 call for bogus reason 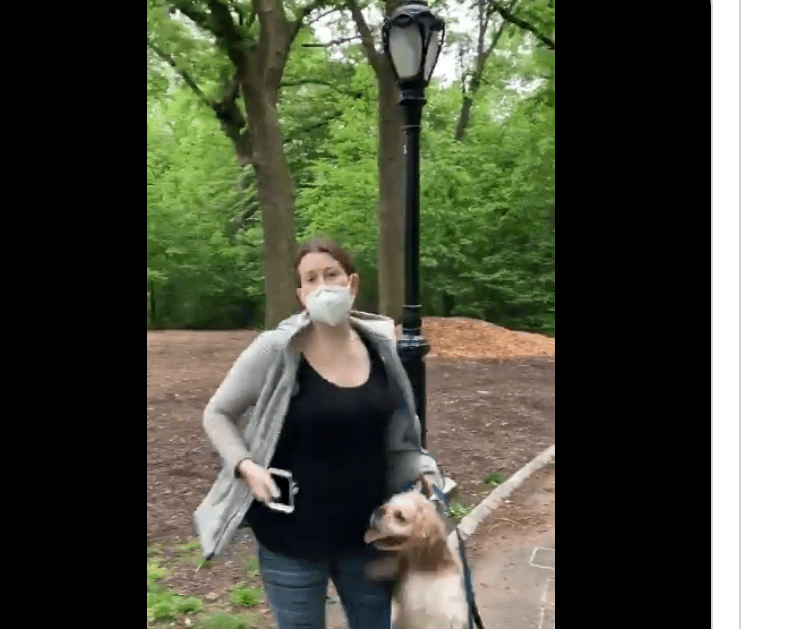 In what many detractors say is another ploy to garner unearned sympathy and cultural points, Amy Cooper says her “entire life is being destroyed” after she made a fake 911 call on a Black male bird watcher in Central Park.

Derisively described as “Central Park Karen” by Twitter, Cooper became the unwitting star of a viral video last week when she said (ironically named) Christian Cooper threatened her and her dog. He had simply suggested she put her dog on a leash as the Central Park signs and city ordinances mandate.

When she became instantly belligerent, Christian Cooper began filming on Facebook Live for protection and to create “receipts” of Amy Cooper’s behavior. That’s when Amy Cooper tried to brandish her “white privilege” and p0int it at Christian Cooper, who is African American. She told him in advance of her call to the police that she would say an “African American male was threatening” her and her dog even though she approached him and pointed in his face.

What happened next is tantamount to Amy Cooper shooting herself in the foot. When the video went viral that she fabricated the entire story, she was immediately humiliated nationwide, as more than 20 million people viewed the FB live video. She was also put on leave, then fired, from her prestigious position as vice president and head of investment solutions at Franklin Templeton Investments in Manhattan.

Broken and embarrassed, Amy Cooper now says her life is “being completely destroyed” as she has gone onto virtually every news outlet to try to convey contrition for her actions that set off this remarkable chain of events in New York.

After appearing on NBC News and CNN, Amy Cooper says she wants to “publicly apologize to everyone.”

“I’m not a racist. I did not mean to harm that man in any way,” she told CNN. “[My] entire life is being destroyed right now.”

To further rationalize her peculiar and dubious behavior, Amy Cooper said fear prompted her to take the action she did.

However, Amy Cooper did not explain that if she was scared, why she walked towards Christian Cooper, then point in his face. Scared people usually run away from what they are frightened of.

“I think I was just scared,” she told CNN of her actions. “When you’re alone in the Ramble, you don’t know what’s happening. It’s not excusable. It’s not defensible.”

Amy Cooper is still getting off. She committed a crime when she told police a fabricated story. But her White privilege saved her, some critics say. New York City Police First Deputy Commissioner Benjamin Tucker told CNN that they are not going to pursue charges against Amy Cooper.

Flip the page to watch the video of the entire incident and see if you can find where Amy Cooper looked scared of the Black male named Christian Cooper.