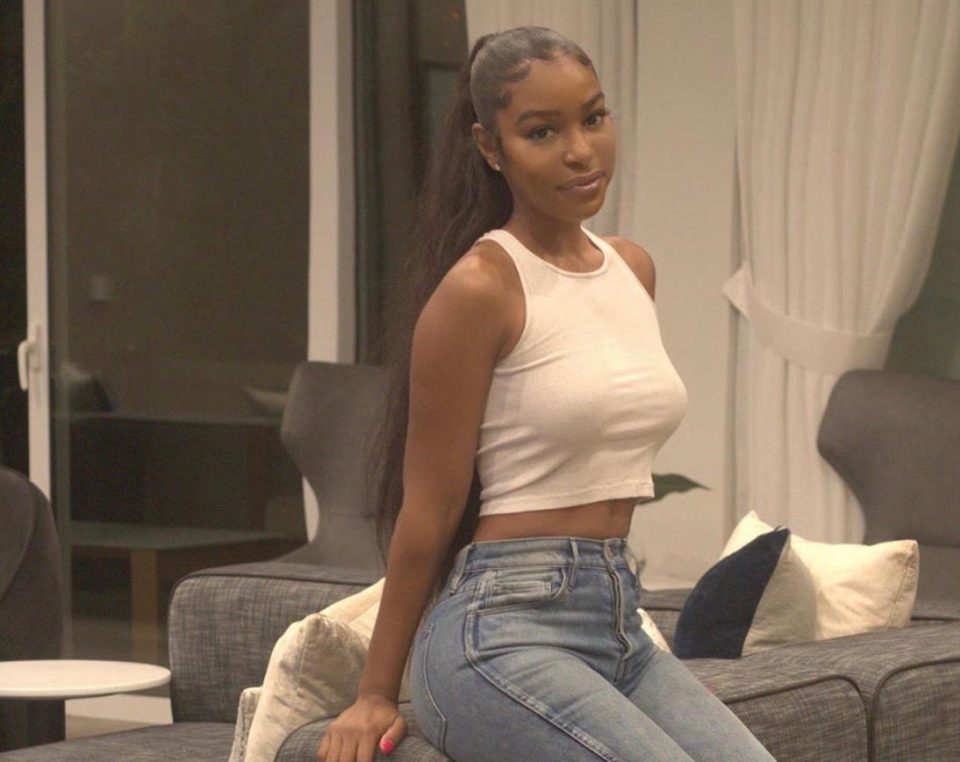 Khala Whitney is a young designer who is shaking up the fashion industry. The Houston native is the creator of Grayscale, an edgy feminine brand launched in 2016 that has captured the attention of many celebrities, including Cardi B, Ariana Grande, Summer Walker and more. The brand spearheaded by Whitney — a proud graduate of Howard University and a member of Delta Sigma Theta Sorority Inc. —  is all about self-love and encouraging everyone to feel bold and fearless in their own right.

Rolling out spoke with Whitney about her journey, how it has resulted in designing for celebrities, and the valuable business lessons she’s learned along the way.

When did you start designing?

The first thing I ever made was this underbust corset skirt. When I first started, people were not rocking with it, and it took the masses a while to catch on. The first people to wear it were Cardi B and Keke Palmer during Fashion Week. From there, it definitely had a ripple effect. That was really what kick-started my career within design and fashion. It helped me stand out from the crowd because I just love designing pieces that are different, unique and affordable.

What is your creative process?

I’ll listen to a lot of old-school Lil Wayne. I grew up in, like, the Cash Money era being from the South. So, I will listen to a lot of that, and I’ll watch a lot of music videos and I’ll just sort of vibe out. I keep my sketchbook by my bed, in my bag, in my office. I literally have a sketchbook everywhere I go. Whenever I’m feeling it, I’ll jot something down, I’ll start drawing real quick. I’ll wake up in the middle of the night, and I’ll draw something out. I like to make stuff that I feel is missing in the market.

Read and see more on the next page.