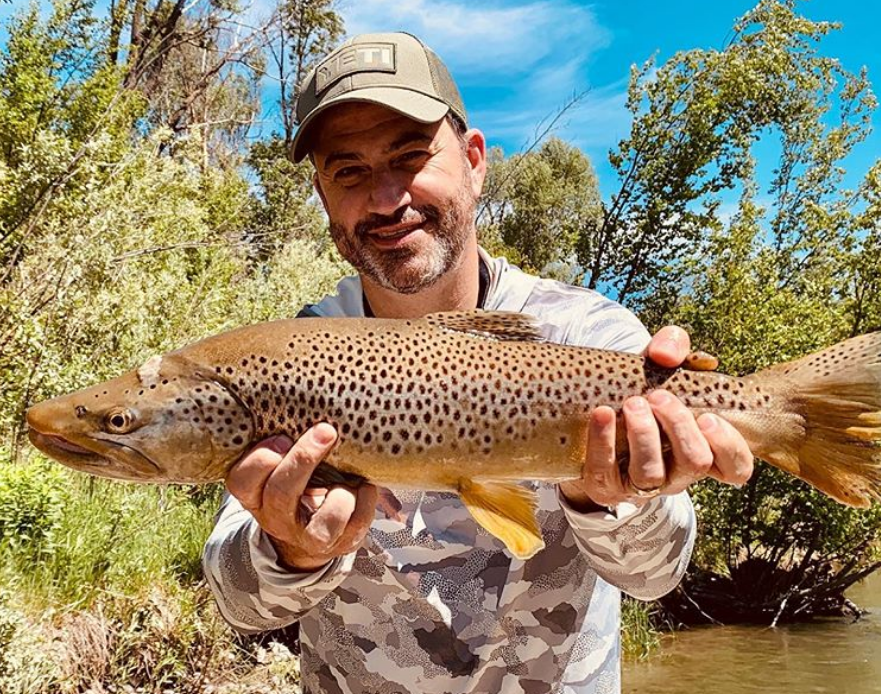 The heat beneath comedian and late-night talk show host Jimmy Kimmel has been turned up after he chose to go on vacation instead of apologizing for wearing blackface and saying the N-word in the 1990s.

A cacophony of cries calling for ABC to fire the host of “Jimmy Kimmel Live!” began after it was uncovered that Kimmel, 52, wore blackface while doing parodies of NBA legend Karl Malone and billionaire Oprah Winfrey. He also has been accused of saying the N-word while imitating two black icons — Snoop Dogg and comedian George Wallace,  according to Newsweek.

I knew about Kimmel's blackface sketch before it was popular. Not usually a big proponent of "cancel culture" but this was a long time coming #CancelKimmel pic.twitter.com/3KkEvfUruO

In fact, Kimmel reportedly imitated Snoop Dogg’s voice for an original song on the comedian’s 1996 Christmas album, A Family Christmas In Your A–.

Interestingly enough, another Jimmy, Jimmy Fallon, was under fire just a few weeks ago for also doing blackface — Fallon once parodied Chris Rock — but he immediately apologized and took sole responsibility for it. The scandal has since dissipated and is mostly forgotten.

There is no word whether Kimmel’s scheduled hosting gig for the 2020 Emmy Awards will be impacted by this current controversy. But Donald Trump Jr. was anxious to point out the irony that Kimmel — who skewers Jr.’s daddy nightly on his late-night show — once urged fellow comedian Tom Arnold to release a tape of the president allegedly using the N-word. Now that Kimmel has been laid bare before the nation, Trump Jr. doesn’t know how Kimmel is going to keep his job.

To be clear, I’m 100% against punishing comedians for jokes, even bad jokes from unfunny hack comedians like Jimmy Kimmel…but according to the left’s own woke rules that @jimmykimmel wants to force others to live by, it’s hard to see how @ABCNetwork allows him to keep his show. https://t.co/yYsC065pe1

Some have compared the Kimmel controversy to the 2019 Oscars when comedic superstar Kevin Hart stepped down as host of the Academy Awards due to homophobic statements he posted on Twitter a decade earlier, as one person tweeted. “Kevin hart had to give up hosting the Oscars for decade-old tweets yet jimmy kimmel did multiple sketches in blackface & gets to host the 2020 Emmys. huh (sic),” wrote one Twitter user, according to Newsweek.

Kimmel has failed to address the matter and the subsequent heat beneath the seat has gotten hotter. Kimmel announced on his show on Thursday night, June 18, that he’s taking a respite from the job. “I’ve been doing this job for almost 18 years,” he said. “I’ve done 3,130 shows. And there’s nothing wrong, my family is healthy, I’m healthy, I just need a couple of months off.”

Check out some of the reaction on Twitter on the next page.