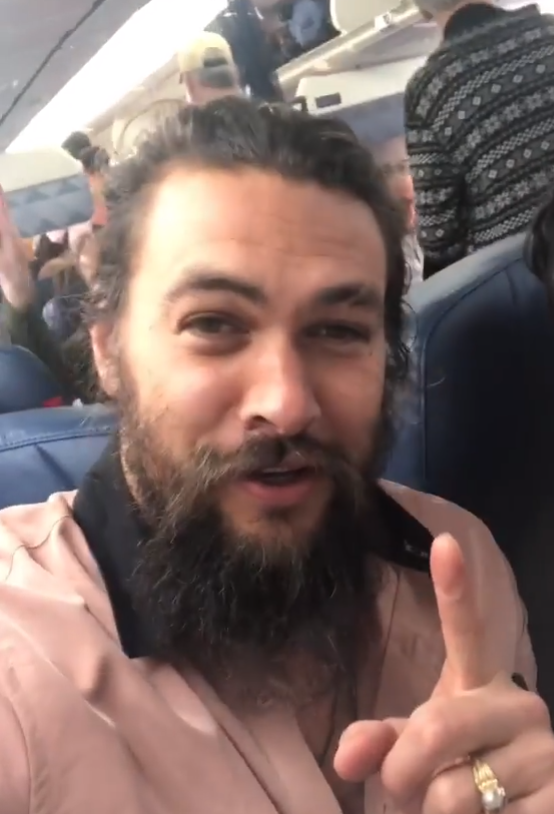 The fact that Lisa Bonet’s ex-husband Lenny Kravitz could wish her current husband Jason Momoa a “happy birthday” while posing in a photo with him is beyond most people’s ability to comprehend.

Many also found it remarkable that Bonet is the one trending at the top of Twitter when she is not even in the photo.

Many fans cannot fathom how Kravitz and Momoa are now very good friends with Kravitz saying on “Oprah’s Master Class” that he and Bonet are now “best friends.”

Social media melted at the public display of brotherly love between the two men and wondered what Bonet did right in her life to attract these two “incredibly sexy” men in her life.

Sometimes I wonder what Lisa Bonet did in a past life to be able to land both of these incredibly sexy men in her life. She must have very good karma. pic.twitter.com/9mXY6h9pFi

Because of the ceaseless fascination with the trio’s deep friendship, Kravitz explained to London’s The Times in 2019 that it was a concerted effort on his part to reconcile his broken relationship with Bonet. During that process, he and Momoa formed an unbreakable bond.

“We took the time so that we could become best friends again,” Kravitz said. “Our families are blended. I love her husband — he’s like a brother to me — and I love the kids. It’s beautiful, but it takes work.”

Meanwhile, social media was giddy with their public displays of affection for one another.

Everyone think Lisa Bonet is lucky and she is but she’s obviously special and Jason and Lenny are the lucky ones 😍 pic.twitter.com/fFPnV5tI6G

I need that Lisa Bonet prayer. She's been blessed to be loved by those two fine men. pic.twitter.com/8GVfrjRSrf

I’m a huge fan of the artists I meet on instagram love spreading the aloha. I got @lennykravitz a present made by @leroyswoodentattoos amazing bone skull ring. Check him out insta. Mahalo lenny for coming to support me on @nbcsnl aloha j