LeBron James may have suffered a crushing 100-93 loss to the Portland Trailblazers in the opening round of the NBA playoffs on Tuesday, Aug. 18, 2020, but he won big in the court of public opinion, at least among urbanites, when he donned a fake MAGA hat that supports the late Breonna Taylor.

King James, 35, strutted out of his luxury accommodations prior to the game in Orlando, Florida, with the conspicuously red hat atop his towering 6-foot-9-inch frame. The words on the hat read, “Make America Arrest The Cops Who Killed Breonna Taylor.” James also posted the photo for his 70 million Instagram fans.

The hat is also distinctive in that the message begins with “MAKE AMERICA” with a line struck through “GREAT AGAIN,” and then ends with the words that support the slain EMT worker.

LBJ also gave his followers a close-up of the hat on his IG page: 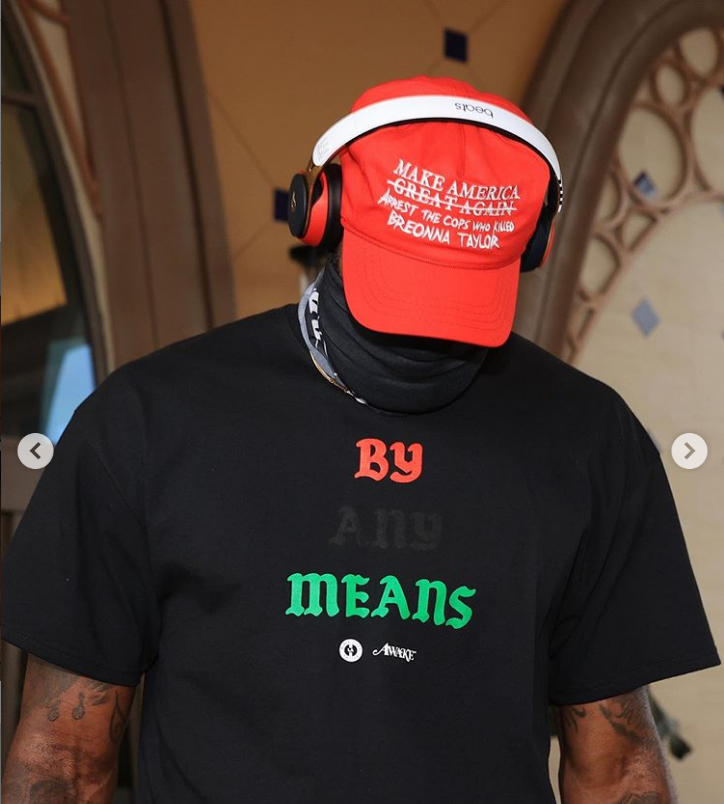 Many entertainers, athletes and members of the public yearn for the arrest of the three Louisville Metro Police Department officers responsible for Taylor’s death — Jonathan Mattingly, Brett Hankison and Myles Cosgrove. Cops burst into Taylor’s apartment on the no-knock warrant in the early morning hours of March 13, 2020. During the raid, she was shot eight times and killed.

As it turned out, the officers had barged into the wrong apartment.