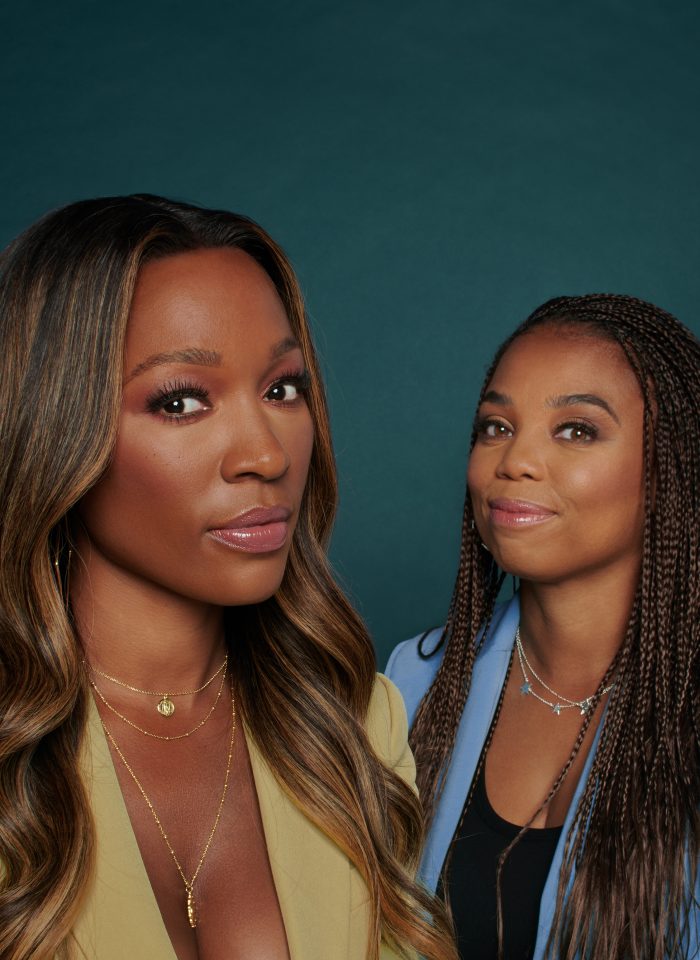 Jemele Hill and Cari Champion are two of the most prolific voices in media today. Besides being veteran journalists and boasting stellar careers at ESPN, the self-proclaimed BFFs have consistently refused to mute their voices when the conversation around sports spilled over into racial equality and politics. Currently, the besties are co-hosting an all-new late-night show on the VICE network ironically titled, “Stick to Sports,” when it’s clear the duo will do anything but.

” ‘Stick to Sports’ came to us because it’s something we often hear,” Champion explained. “Especially while at ESPN, we heard it whenever we talked about something that wasn’t deemed our particular area of expertise.”

Rolling out had the opportunity to speak with the dynamic duo hours before the premiere of their first show (which featured LeBron James) about their opinion on the responsibility of others with influence and got their advice for voters who are on the fence about supporting Joe Biden and Kamala Harris.

Do you believe people of influence have a responsibility to speak out against things that hurt others or stand up for the rights of those who may not have a voice?

Hill: I think people have to stop expecting the person who delivers their news or the athlete that entertains them or the person that sings their favorite song [to remain silent about political and social issues].  All of us pay taxes, so you have a right to say what you want to about your own government. To expect people to turn off their opinion because it’s not something you agree with, isn’t right.

With this presidential race crucial in so many ways, do you think it’s important for us to hold whoever we vote into office accountable?

Hill: Unfortunately, today when you hold people accountable, it’s considered canceling folks. It’s OK for us to ask questions, however, with that being said, we’re in the end game now. One thing I’ll say about conservatives is, even when it’s dumb s— they fall in line with their guy. It’s a numbers game. Donald Trump is counting on two things; keeping enough of us home and then mostly through distortion and falsehoods raising his support in our community minimally.

He is targeting Black men particularly, so you’re going to see him push information on the First Step Act and support of the criminal justice system (and trust me that’s not all it seems), then he is going to go after Kamala Harris and her record as a district attorney. These are purposeful things because he wants Black men to stay home and not vote. We have to understand what the strategy is and not fall for the dumb s—.

“Stick to Sports” airs Wednesdays at 10 p.m. EST on the Vice Network.