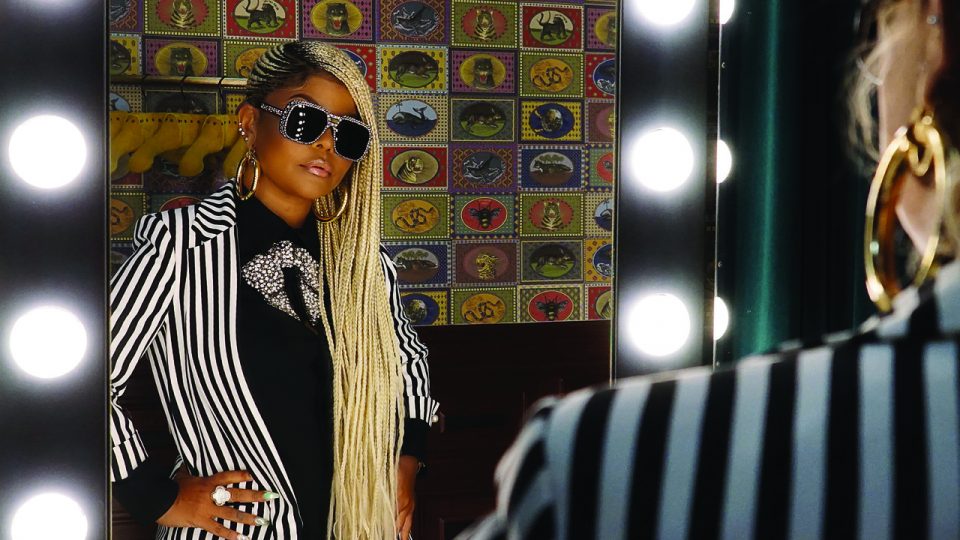 The Remix: Hip-hop X fashion documentary, currently streaming on Netflix, illuminates the cultural innovators and their subjects with respect to fashion and music. Award-winning directors, Lisa Cortes and Farah X, have capsulated a time in music culture history that represents the innovation of stylists who gave us iconic moments that are often forgotten. Women who played the primary role often are omitted from the very influence as they rode a parallel wave and hip-hop‘s mediocrity rise.

There is a bridge between the present and the past that overlaps hip-hop in fashion in a way that makes cultural nuances appreciated by those who consider themselves hip-hop aficionados.

This beautiful documentary is rich with ideas of how and why the question of hip-hop and fashion still are not built in a very equal methodology for those who control the commerce of fashion.

If the “Ill Nana” is still part of your conversation, there is the iconic fashion stylist Misa Hylton. Hylton allows us to understand the very benefits of having women envision themselves in a landscape that often do not recognize their contribution loudly, nor create a parallel word for profiting off of their influence on the culture or the icons.

The Remix: Hip Hop X Fashion, wraps its entire arms around designer‘s fashion and the impact that is often stolen or lost and misappropriated by brands who embrace the commercial elements of hip-hop, but rarely understand the real cultural language used by these designers and stylists.

The young Kirby Jean Raymond demonstrates that the Smithsonian might call you after your orders have been canceled. Black Lives Matter runway shows were rejected by retailers as your voice for truth is often muted when the acceleration of pain and systematic racism are aired in truth through dynamic designs and stylistic voice implications.

The streets and hustlers also had their Taylor’s and Dapper Dan. The opulence of integrating and re-interpreting designer brands like MCM and Gucci we’re only part of the mixed-media artistic presentation as a designer.

History will tell another story of a supreme court judge I sent to the highest court in the land would collide with the cultural freedom in designing hip-hop wardrobes for the hip-hop cultural movement of New York and the street hustlers who wanted a re-interpreted mixed media integration of their designs.

The artistic journey that hip-hop remix and fashion take you on will allow you to appreciate those who sacrificed their talents, their genius and their creative freedom and voice. Allowing us to question the continued economic oppression and exploitation that exists for those creatives who are not financed, nor compensated for stolen designs of Black designers.

Hip-hop truth shines loud and clear as does its resilience. But the pain and the tears of financial independence and recognition make this truth. These award-winning designers and their influence have given so much to culture without receiving the same amount of fortune as those who mass-market hip-hop.

We see inside the voices in talking heads of the likes of Mary J Blige who invited us to share why cultural connections represent so much for our community to benefit.

Media maven Bevy Smith and Clair from fashion bomb, both articulate the very vision of femininity inside hip-hop and fashion that was constantly reprimanded with doubt in the earlier days of hip-hop. Back then it wasn’t a certainty and it wasn’t certain that it would find a home on the backs of Black skin.

The Remix: Hip Hop X Fashion gives so much respect and love to the stylists and designers. By the end of this beautiful documentary we might just question our commitment to ourselves and hold the fashion world and the hip-hop world accountable for economic spirituality and designing opportunity.