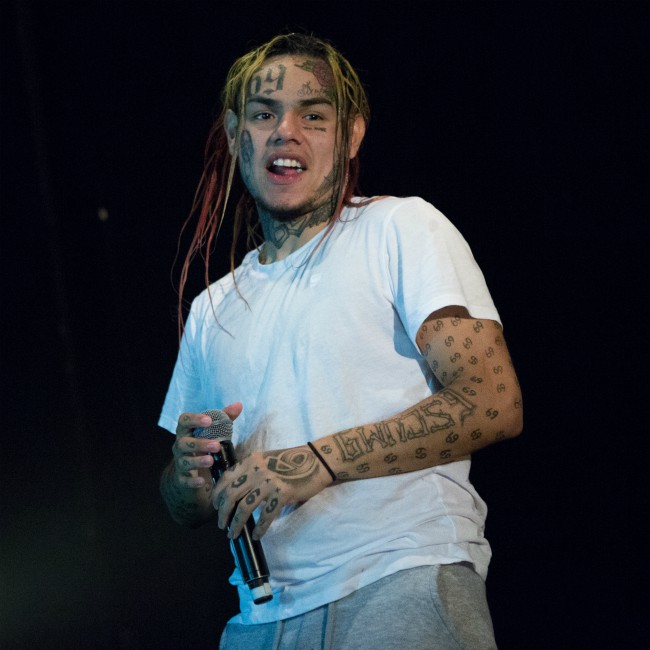 Tekashi 6ix9ine is to release a new album next week.

The 24-year-old rapper will drop new record Tattle Tales on Sept. 4, 2020, which will be his first album since he was released from prison earlier this year.

Speaking in a video on his Instagram, he said: “I’m dropping the album September 4th, Tattle Tales the album.

“Make sure you go and pre-order that album.”

He added the caption: “EVERYONE GO PRE SAVE THE ALBUM. TATTLE TALES SEPTEMBER 4TH !!! WE JUST LANDED IN THE BEAUTIFUL CHICAGO”

The record is expected to feature Tekashi’s Nicki Minaj collaboration “Trollz,” and his single “Gooba.”

In April, Tekashi — whose real name is Daniel Hernandez — was granted early release from prison in light of the coronavirus pandemic.

He was jailed for two years in December on charges relating to attempted murder, conspiracy to distribute heroin and firearms offenses.

The rapper was due to be released early in July, but instead, he was released in April and placed under house arrest for a four-month period, which came to an end earlier this month.

He wrote on Instagram at the time: “WHO SAÏD WE AINT OUTSIDEEEEE. PUNANI FREE”

Earlier this month, Tekashi 6ix9ine broke his wrist after falling over his dog.

He was said to have been left in agony when he went downstairs in the early hours on Aug. 11 to grab a snack only to trip over French bulldog Poppy and injure himself when he tried to break his fall.