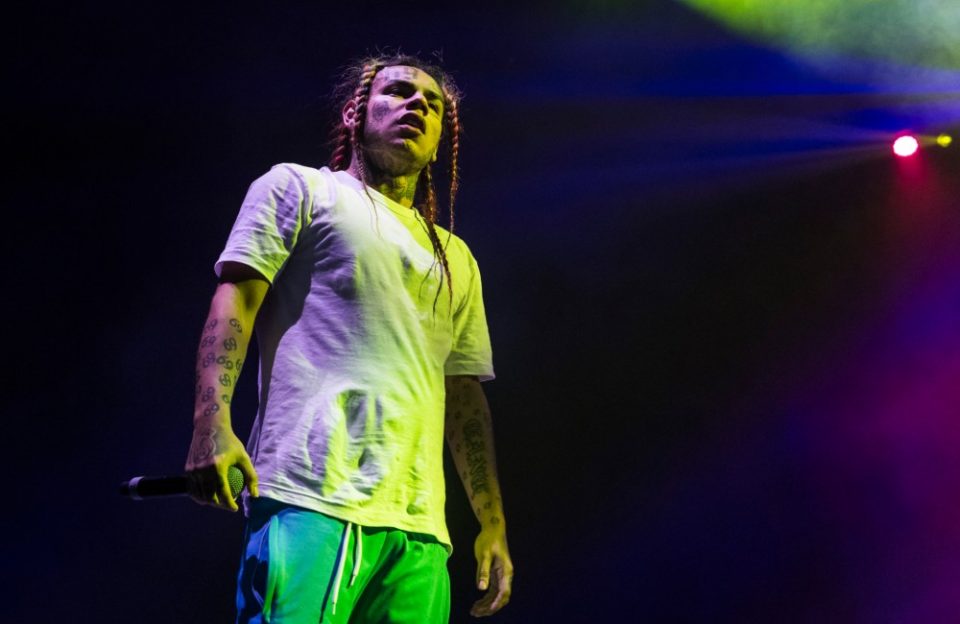 Tekashi 6ix9ine’s name has become synonymous with the terms “snitch” and “rat” after he eagerly gave evidence against his former brethren in the Nine Trey Bloods gang to the Department of Justice.

After 69 struck a deal with the feds in turn for a remarkably lenient prison sentence, Tekashi vowed to cease and desist trolling on social media. He also swore that he would not start any beef moving forward — or at least during the duration of his five-year probationary period, TMZ reports.

However, the gates to the prison had barely clung shut behind him before the “Gummo” rapper allegedly made a joke about being a “snitch,” according to The Shade Room and The Blast.

Tekashi, born Daniel Hernandez in New York, allegedly went onto an Instagram post by The Shade Room detailing how the mayor of Los Angeles, Eric Garcetti, is willing to “reward” anyone willing to snitch on businesses violating California’s mandatory lockdown.

“Coming to the rescue,” 6ix9ine said.

Both The Shade Room and The Blast asked readers to keep in mind that someone else could be running Tekashi’s social media platforms. However, it was pointed out that no posts from the rapper had been seen since he was snatched up by the Justice Department in 2018.

Could this be a case of self-deprecating humor because Tekashi knows that he the words “rat” and “snitch” are permanently tattooed to his name and brand? Did someone else hack into his account?

Regardless of how it went down, the page exploded with comments on the statement from Tekashi’s account with some believing it’s a brilliant strategy to stay relevant. Others proffered the theory that the 23-year-old has completely snapped.

What do you think?