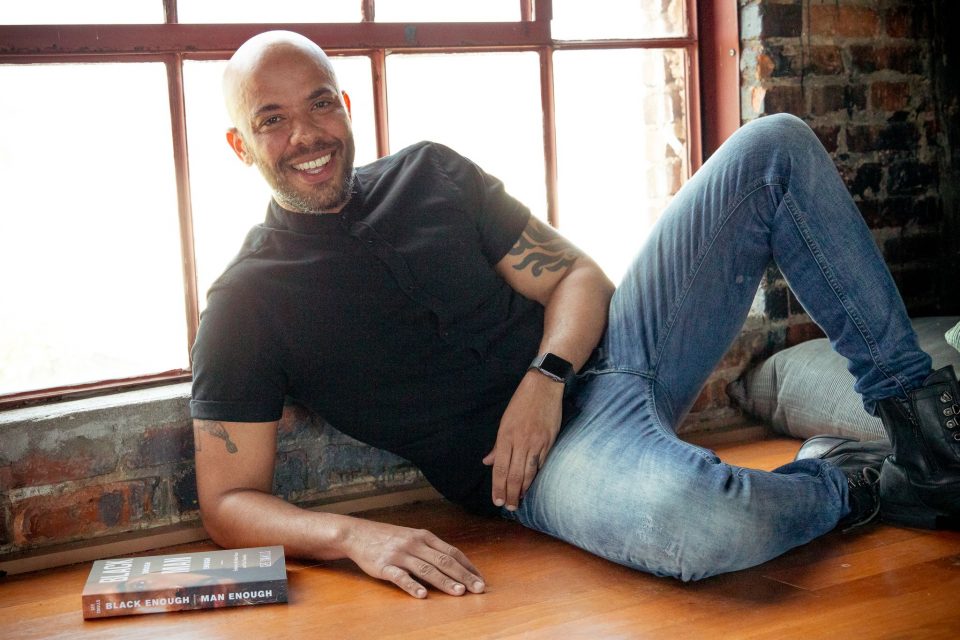 Gregory “Gee” Smalls is an author, restaurateur and co-creator of “The Gentlemen’s Ball,” an annual black-tie fundraising gala that celebrates Black LGBTQ people.

Along with his husband Juan, Smalls owns and operates Virgil’s Gullah Kitchen & Bar, a restaurant in College Park, Georgia. They are known for serving up cultural cuisine and popular menu items like red rice, “slammin’ sammen,” fried oysters, and more.

Aside from being a busy family man and entrepreneur, Smalls recently released his debut novel, Black Enough Man Enough. In the novel, he gives insight on issues affecting Black bisexual biracial men while exploring issues of racism, homophobia, marriage and fatherhood.

We spoke with Smalls about his memoir and more.

Tell us about your new memoir.

Black Enough Man Enough details my journey of what it was like being a biracial Black man. I have a White mother and grew up in Charleston, South Carolina, home of the Gullah Geechee culture, the Blackest culture in America. It talks about my journey of self-identification [and] my journey as a sexually fluid man throughout my life. It journeys my relationships with men and women, from my high school sweetheart, to my first wife and now to my husband, who I’ve been married [to] for the past 10 years. We’re talking about that journey and how I came to accept myself. It talks about fatherhood because I have a 19-year-old son. It’s a book that really touches on most of the things that a lot of us go through in just everyday life.

What inspired your vulnerability in writing this novel?

I’m definitely very vulnerable in the book. I tell people a lot, although I talk about my own personal struggles and my own personal experiences, I think it’s challenges and feelings that we all can relate to. Even when it comes to being Black enough as a Black man in America and what that really means, putting my sexuality to [the] side. As young [Black] boys, we are taught how to act, how we’re supposed to carry ourselves and I think that’s something that all Black men are going to be able to relate to.

Tell us about your restaurant, Virgil’s Gullah Kitchen & Bar.

It is named after my late father. He died over 12 years ago. I met my husband like right after and both of us believe that my father has just been leading our way. We’ve done some amazing things together, things I never thought I would do, like opening a restaurant, starting a foundation, and writing this memoir. I feel like he’s really just been like my spiritual guidance. It’s like a love letter to Virgil, and it’s all about celebrating Gullah Geechee culture and cuisine. Our ancestors are from West Africa and we were brought over to grow rice in the marshlands, so there’s a lot of rice in our culture. A lot of our rice is like jollof from West Africa. It’s where soul food was born.