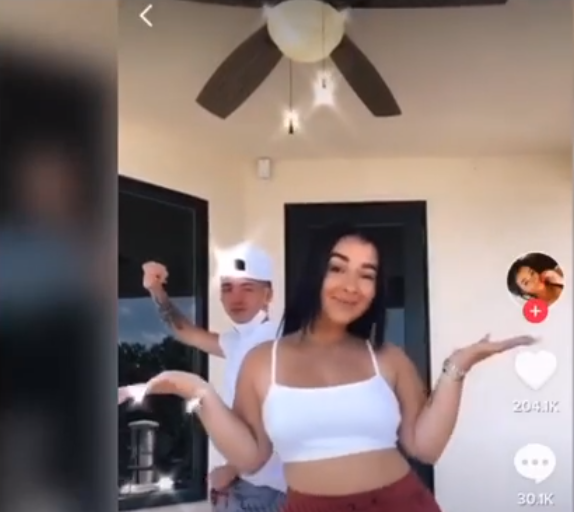 Ashanti fans are torching a TikTok superstar for allegedly trying to pass off the song “Foolish” as hers, without giving proper credit to the star who originally scored a hit with the single.

Teenager Danielle Cohn is promoting the release of the single “Foolish,” which Ashanti first co-wrote and sang in 2002. Fans of 39-year-old Ashanti Douglas believe that Cohn, an undeniable superstar with 18.4 million TikTok followers and 2.2 billion combined likes for her posts, is trying to take credit for the song altogether.

Fans referenced the wording in the Instagram below where Cohn says the song was “inspired” by Ashanti instead of saying “Ashanti’s song,” or “written and sung by Ashanti,” or that it is a cover for Ashanti’s original song “Foolish.” In other words, fans believe Cohn is trying to be slick with the semantics and claim it as her own because many of Cohn’s fans are too young to be familiar with Ashanti’s song when it first debuted 18 years ago.

In fact, the song is older than Cohn, who is 16 years old. And the fact that Cohn allegedly promoted it as a new song, along with selling merchandise with the cut “Foolish,” was just too much for some Ashanti fans to handle.

Subsequently, some fans went in on Cohn. Hard.

“You know damn well you wasn’t trying to say it’s a cover as many other people have done. You deada– tried to make it YOUR song and sold MERCH with it and you put it on ITUNES. GTFOH!” one user said in The Shade Room’s Instagram comments section.

“1.you said it was your song and never said cover till you got called out. 2.you made merch for a song that’s not yours. 3.you said it was ‘inspired’,even though it’s literally a full on copy,” a second IG responder said.

“She finna get sued for sweatshirt money!” said a third IG user, while another added: “She sound like Christopher Columbus when he said he “discovered” America🥴… yeah cover…sound about white!!!!”

A third person said, “So the guy must be the new Ja Rule now 🙄.”

Flip the page to watch Cohn performing the song on TikTok with a close male acquaintance.