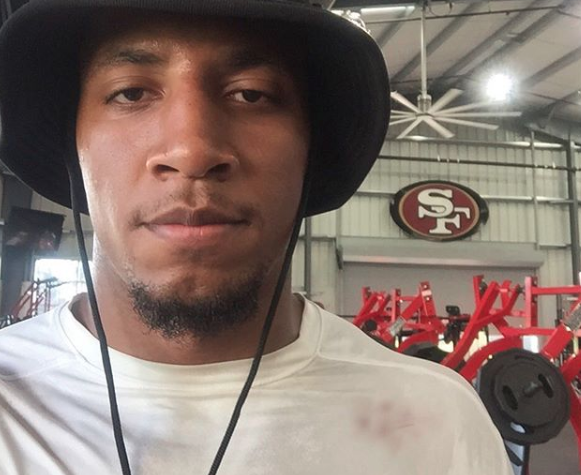 The Pro Bowl-caliber Reid, 28, joined Kaepernick, 32, by kneeling during the playing of the national anthem when both were members of the San Fransisco 49ers in 2016. Reid has steadfastly supported Kaep ever since. Both men believe they have been blackballed out of the league, though Reid did get another chance to play with the Carolina Panthers until the end of the 2019 season.

Both men successfully sued the NFL for allegedly colluding to keep them out of the NFL and were offered multimillion-dollar settlements.

Reid maintains his belief that the NFL never wanted Kaep to ever return to the league. Therefore, Reid was disgusted that the NFL had the testicular fortitude to show Kaepernick kneeling in a video that promoted social justice and featured singer Alicia Keys.

1/2 What the @NFL is doing is half-hearted at best. @nflcommish has gotten comfortable saying he “was wrong” as if his mere acknowledgement reconciles his admitted wrongdoing. He hasn’t even called Colin to apologize, let alone reconcile, proving this is only PR for the current

2/2 business climate. As such, Roger Goodell uses video of Colin courageously kneeling to legitimize their disingenuous PR while simultaneously perpetuating systemic oppression, that the video he’s using fights against, by continuing to rob Colin of his career. It’s diabolical.

Kaepernick already denounced the NFL’s efforts as a form of “propaganda” to make football fans believe the league was suddenly standing with Kaepernick. NFL Commissioner Roger Goodell, 61, did recently say he wished the league had reached out to Kaepernick earlier, but Kaep and Reid believe Goodell’s current stance is not sincere.

Some prominent figures shared Reid’s sentiments that the NFL is using Reid and Kaepernick to promote social justice and awareness, while simultaneously blackballing the two players from the league.

Below is the video the NFL put out that featured Kaepernick and Reid kneeling during the “Star-Spangled Banner.”