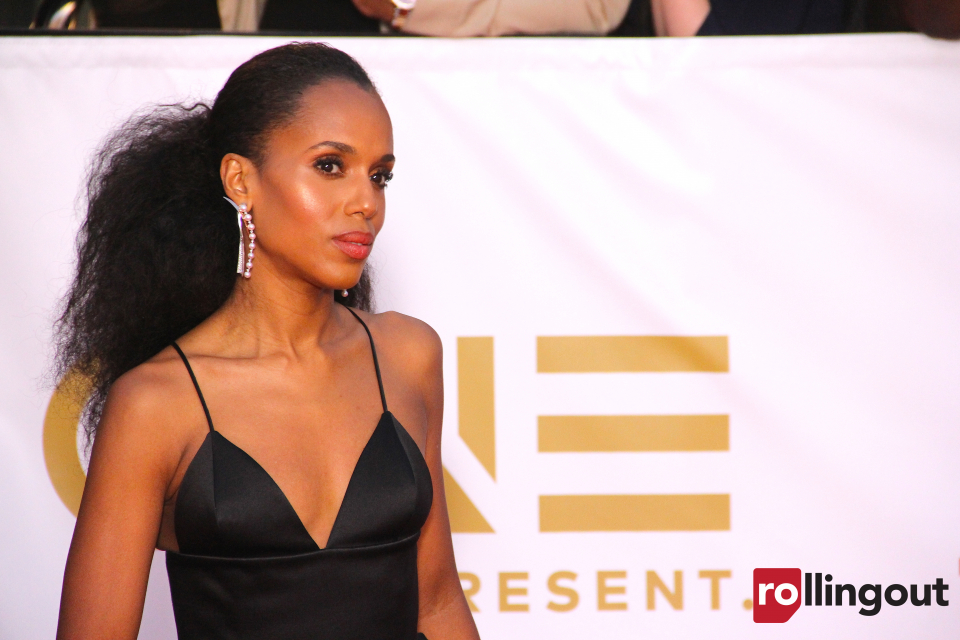 Millions of “Scandal” devotees felt some kind of way that the franchise star, Kerry Washington, never took home an Emmy Award for her riveting portrayal of a Washington insider for seven seasons.

Though she never won for the blockbuster political thriller, Washington finally won her first Emmy Award as an executive producer for ABC’s Live In Front Of A Studio Audience: “All In The Family” And “Good Times” at the 2020 Creative Arts Emmy’s on Tuesday, Sept. 15.

To win the award, the show won over the 73rd Annual Tony Awards, the 77th Annual Golden Globe Awards, the Oscars and the Super Bowl LIV Halftime Show starring Jennifer Lopez and Shakira.

Washington, 43, immediately took to her Instagram story once she got the good news. “OMG,” she penned, according to EOnline. “So proud of @simpsonstreet and this incredible cast and crew.”

And here’s more for Washington fans. The Django Unchained and For Colored Girls star could take home another Emmy, or two or three. She has also been nominated in the Outstanding Lead Actress In A Limited Series or Movie category for her role of Mia Warren in “Little Fires Everywhere.”