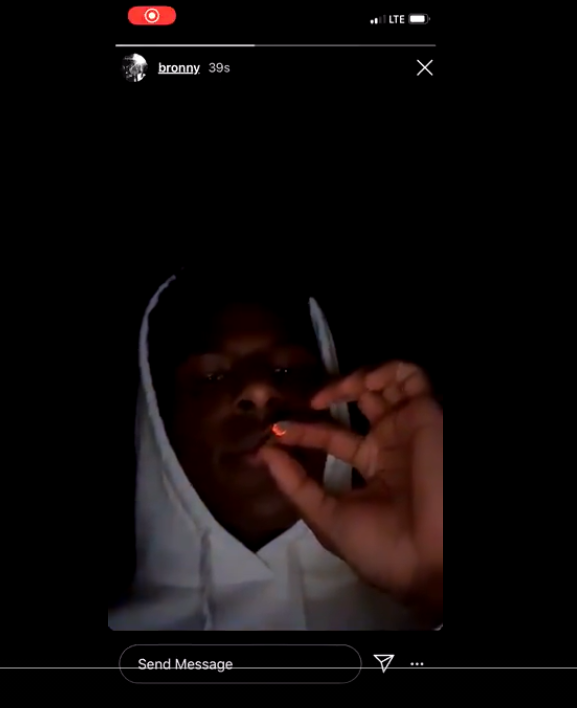 A day after calling out NBA voters and the general process for the league’s Most Valuable Player award, Los Angeles Lakers point guard LeBron James now has the daunting challenge of protecting his son from attention-seeking trolls on social media — while in the bubble. James’ son, Bronny, recorded a video of himself smoking what appears to be a blunt, then posted it for his 5.6 million Instagram followers. The backlash has understandably created a viral storm that is growing by the hour.

Bronny is currently a sophomore hooper for the Sierra Canyon Blazers (the irony), which also carries the talents of (former NBA pros) Dwyane Wade’s and Kenyon Martin’s sons.

The clip, which has since been removed from Bronny’s account, quickly went viral with tons of screenshots, memes and duplicate recordings. A large majority of social media users made light of the incident, while others felt a need to condemn the young hooper for embarrassing his superstar father.

View the clip and other reactions below.

LeBron leaving the bubble when he sees a video of Bronny smoking weed pic.twitter.com/K7gGhAP1z5