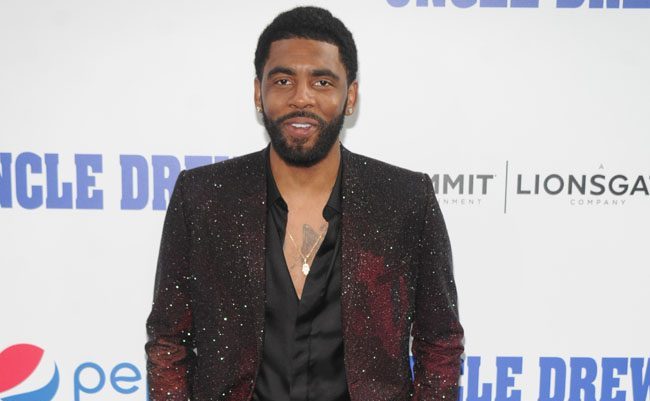 Kyrie Irving is facing backlash over a statement he made that appeared to be a shot at his former teammate, LeBron James.

On Oct. 1, Irving, 28, was a guest on Kevin Durant’s “The Etcs” podcast. During the episode, Irving and Durant, who are teammates on the Brooklyn Nets, discussed who would take the last shot during the final seconds of a game.

“It depends on who’s hot,” Irving said. “I don’t see it as anything other than that. Like, 1-3 pick-and-roll or it’s an iso for either one of us or it’s something great for our team.”

While praising Durant and his own abilities on the basketball court, it seemed as if Irving ignored that he played alongside one of the greatest players in NBA history in James.

“One thing I’ve always been comfortable with is I felt like I was the best option on every team I’ve played for down the stretch,” Irving said. “This is the first time in my career where I can look down and be like, ‘That mother-—–- can make that shot too!”

Irving went on to say that he was not intentionally trying to slight any of his past teammates, but he always thought that he was the most capable player of making a last-second shot.

“I felt like I was the best option,” Irving said.

In the 2016 NBA Finals, while playing with James, Irving hit a clutch three-pointer with less than one minute remaining in the game to help the Cleveland Cavs defeat the Golden State Warriors.