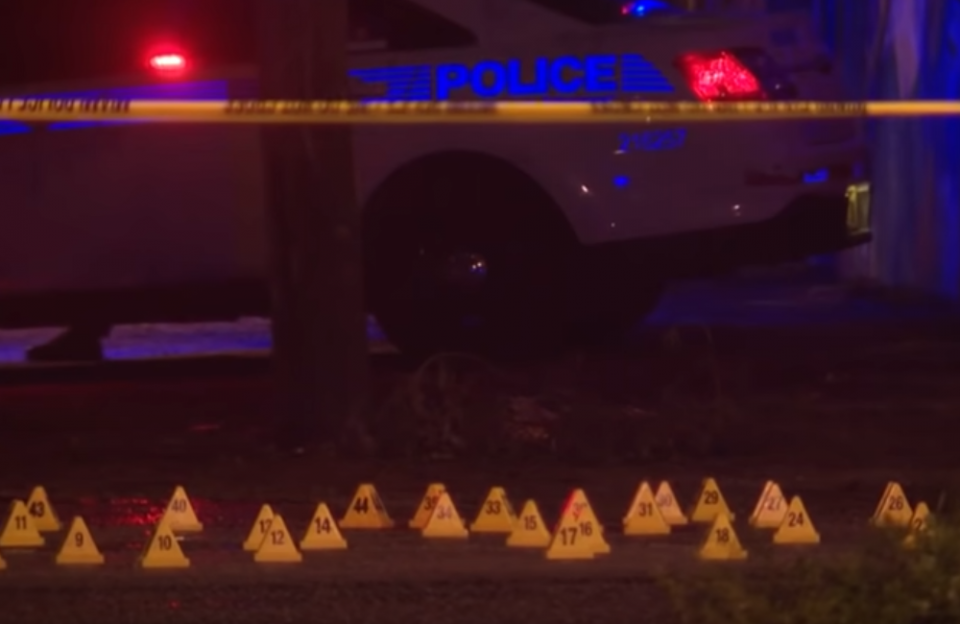 The Miami Police Department is now working to track down the gunman who committed a violent crime, leaving Kerry Jacques’ body in the middle of the street in a Miami neighborhood.

On Thursday night, the 33-year-old was transported to Jackson Memorial’s Ryder Trauma Center where he was pronounced dead shortly after his arrival. According to investigators, Jacques appears to have been the target of an ambush. Surveillance footage captured multiple shooters jumping out of a white Chevrolet Suburban.

“You can see the bright white bursts of muzzle flashes which were caught on surveillance camera,” Local 10 reports. Surveillance footage also revealed shows that “so many shots were fired that dozens of evidence markers were placed at the scene by police.”

In the news video you can see Fricot Jacques, the victim’s father, say that his son lives next door to him. He recounted the moments that led up to him finding his son in the street. “I hear the shot, then I get outside, I see him lay on the ground,” Jacques said.

Armando Aguilar, Miami’s assistant chief of police, said “Even though the victim may have been specifically targeted in this incident, when a crime this brazen, when a crime this violent occurs, the entire community is victimized. So, we really ask the public that anybody that has any information, anybody who would know why someone would want to harm the victim, who these people are, where the vehicle involved in this incident could be right now, that they call Miami Police Department.”