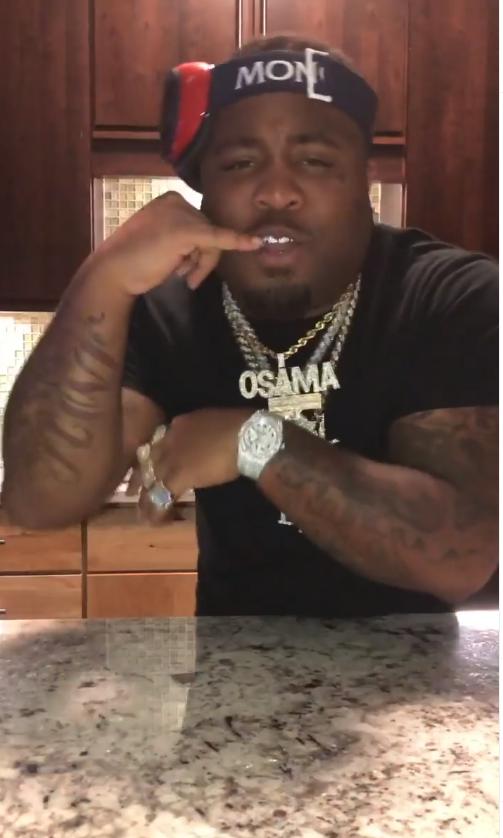 Rapper Mo3 reportedly was killed and another person wounded during a drive-by shooting on an expressway in Dallas, according to news reports.

Mo3, who was born Melvin Noble, allegedly was chased by an unnamed suspect on foot on Interstate 35 on Wednesday, Nov. 11, 2020,  sources within the Dallas Police Department told CBS 11 News.

Mo3 reportedly died from his wounds but the person traveling with the rapper sustained non-life-threatening injuries and is being treated at a local hospital.

The television station reported that rapper Mo3 was traveling northbound on I-35 near Clarendon Drive at around noon. Without stating why the vehicles were stopped, the police source told CBS 11 News that an armed suspect got out of the vehicle, approached Mo3’s car and began chasing Mo3 as he dashed from his car and tried to run away.

His attempt to flee was futile. The suspect fired multiple shots, striking Mo3 at least once. Hip Hop Wired reported that a video is circulating on social media showing an unconscious man lying faceup on the side of the road and being given CPR.

The police in the city and county of Dallas have not made any arrests yet and do not have a suspect, according to CBS 11.

Rolling out will not show the video purported to be Mo3, however, many fans and observers posted comments about Mo3’s reported death and the video on social media.

They really posted a video of mo3 getting CPR on the side of the freeway and he looked gone. Damn

Mo3 shoulda never been in the cliff in the first place with all that dissin and sending shooters at yella , Y’all better quit playing with Freddy