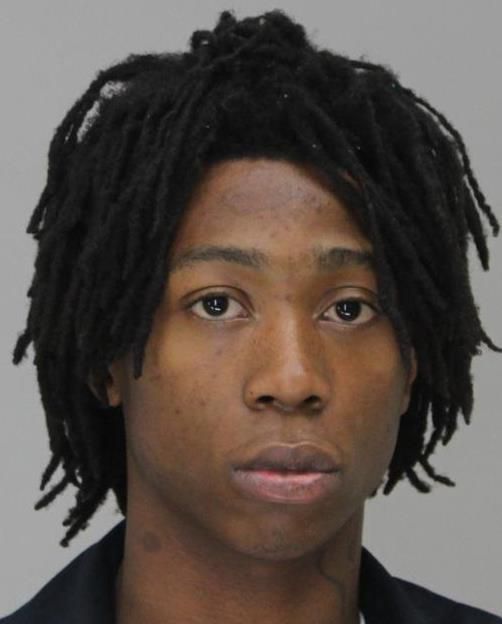 Rising rapper Lil Loaded turned himself in to the Dallas Police Department Tuesday evening, Nov. 10, 2020, to face a murder charge for allegedly killing his friend.

Lil Loaded, whose birth name is Dashawn Maurice Robertson, was formally arrested and charged in connection with the shooting death of his close friend, 18-year-old Khalil Walker, in late October.

According to the Dallas Morning News, Lil Loaded and Walker were outside Walker’s home filming with a rifle that Lil Loaded was armed with on Oct. 25. Suddenly, Walker’s sister heard the sound of a gunshot and rushed out of the house. She found her brother lying in the street with Lil Loaded and a witness standing over the mortally wounded Walker.

The unnamed sister ran inside to call 911 to report the shooting, then went back outside. The sister picked up Lil Loaded’s cellphone and saw a video on it of Lil Loaded shooting Walker in the torso, according to the affidavit that Dallas Morning News obtained.

Lil Loaded and the witness transported Walker to a local hospital where he died of his injuries.

Loaded is currently being held on a $500,000 bond at the Suzanne Lee Kays Detention Facility in Dallas.

The Dallas County Sheriff’s Department told Dallas Morning News that there is a hold on Lil Loaded’s bond for pretrial services. If he makes bond, Loaded will be given an ankle monitor to wear until his trial.

Interestingly, on the day he allegedly shot his friend to death in October, Lil Loaded also posted this short tribute to his friend that his 327,000 Instagram followers saw: 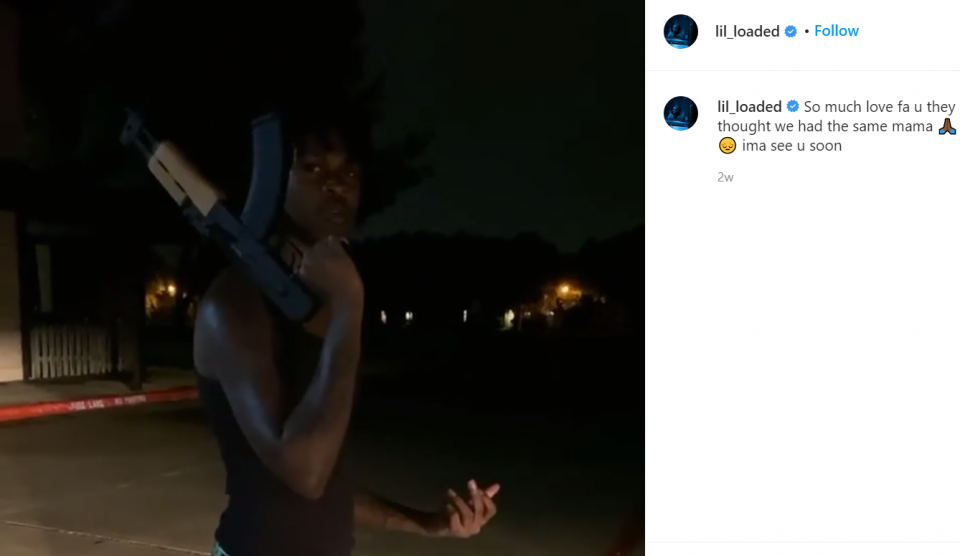 Lil Loaded first rose to fame with his 2019 song “6locc 6a6y.” The track now has more than 65 million streams. He is signed to Epic Records, and his latest mixtape, A Demon in Blue, came out in early October.