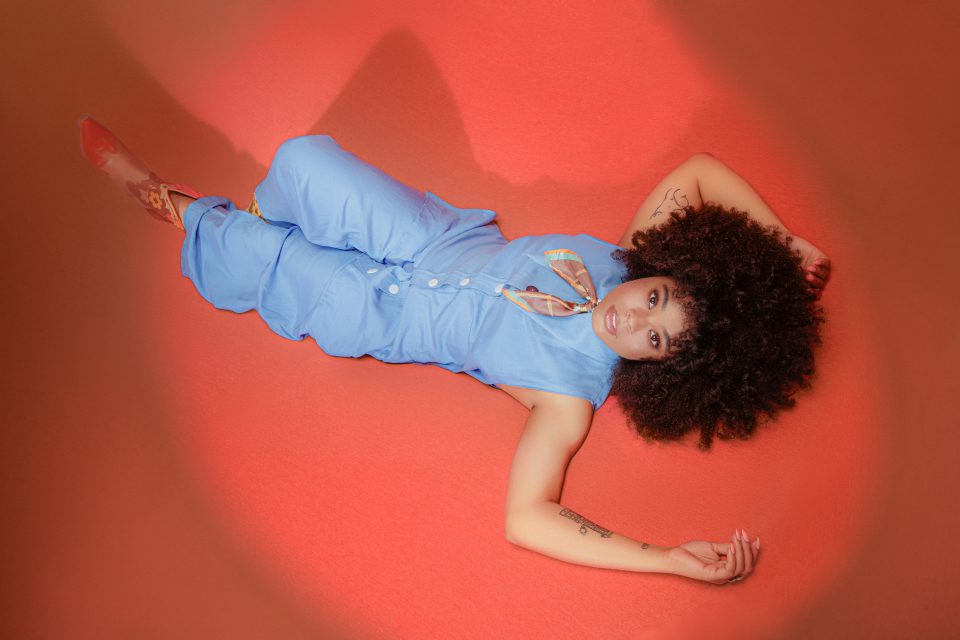 Tayla Parx has been carefully laying footprints that lead to songwriting history. Over the last few years, she’s ensured that tracks by Ariana Grande, Janelle Monáe and Khalid were “Tayla Made” with a unique pop and R&B flair only she could provide. The Grammy-nominated artist recently updated her profile with the release of her album, Coping Mechanisms, the holiday ballad “Ain’t A Lonely Christmas Song,” and a partnership with Jack Daniels.

Rolling out caught up with Parx to find out more about her Jack Daniel’s partnership, her recent single and more.

Describe your writing process and the inspiration behind “Ain’t A Lonely Christmas Song.”

I wrote and produced it at my home studio, and it honestly came really naturally after the chords. It’s just an honest emotion of how I feel now. After that was finished, it was all about finding the right drum swing. I didn’t want the conventional Christmas sounding drum pattern for this, so I experimented with Oliver Frid on that part until we got it right.

Can you talk about your upcoming livestream and what excites you about it the most?

The most exciting part of this evolution of live music is being able to use your imagination a bit more to create an experience. I had that mindset even when I was on tour and able to have that human interaction, so now it just makes me want to push the envelope as far as possible in other ways.

Why was holding an event like this important for you to connect with your fans?

At this point in time, it’s more important than ever to create human connection. Whether it’s a phone call, a performance or a smile, or a simple conversation.

Jack Daniel’s has created the “Tayla Tini.” How did you help the team come up with your signature drink?

The Tayla Tini has some of my favorite flavors in it. I grow rosemary in my garden, so I’m always finding ways to incorporate it into dishes and drinks. Of course, the cranberry complements the Jack Daniel’s Apple flavor perfectly as well.