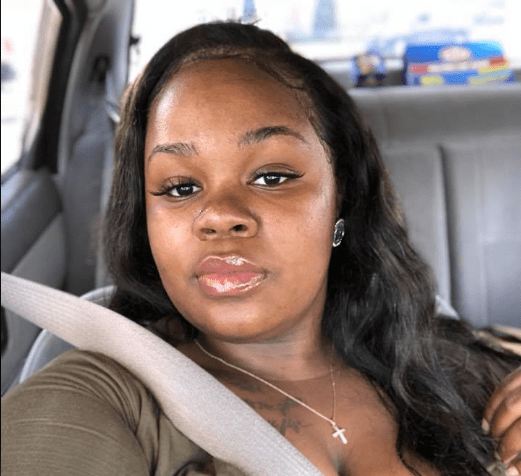 Renowned civil rights attorney Ben Crump is speaking out about the Louisville Metropolitan Police Department’s latest decision to fire Detective Joshua Jaynes and Detective Myles Cosgrove in connection with the untimely death of Breonna Taylor. On Wednesday, Dec. 30, 2020, Crump, along with his co-counsels Sam Aguiar and Lonita Baker, released a statement weighing in on the latest development in the case.

“Thanks to the assertion from Louisville postal inspector Tony Gooden in May, we’ve known for over seven months that the warrant executed in the Breonna Taylor case was based on lies,” the statement read, according to EurWeb. “Yesterday, the Louisville Metro Police Department finally admitted it in their intention to terminate the employment of Det. Joshua Jaynes and Det. Myles Cosgrove.”

Crump went on to highlight the “false information” documented in the warrant affidavit and noted the crimes Jaynes committed in doing so. He also lambasted Cosgrove for his reckless use of a firearm and the life-altering consequences that followed.

He added, “By including false information in a warrant affidavit, Det. Jaynes committed perjury and should be arrested and charged for breaking his oath as the affiant. Likewise, Det. Cosgrove recklessly opened fire into Breonna’s home with a complete disregard for human life, never identifying or acquiring a specific target before shooting and killing Breonna Taylor. Ultimately, both should be held criminally liable.” 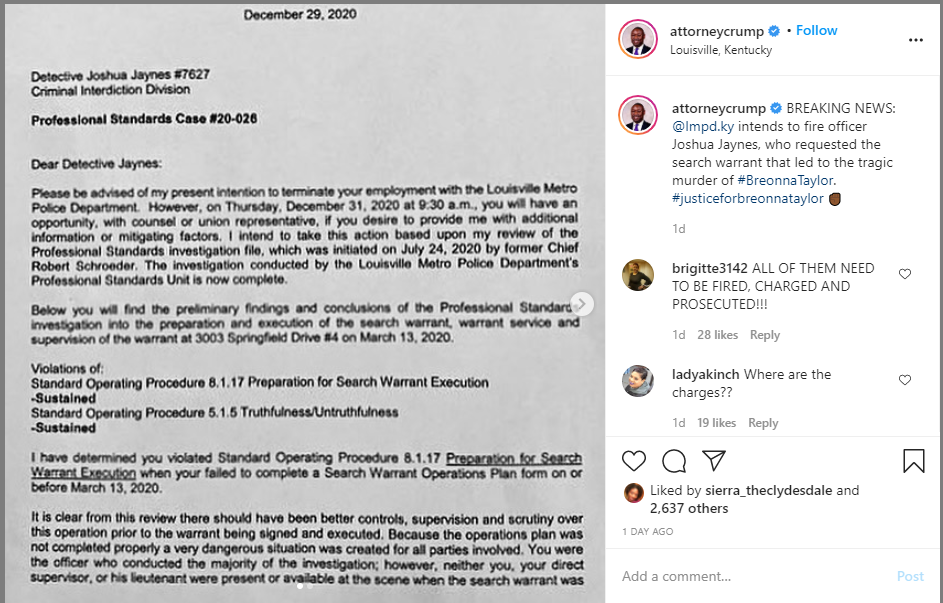 The police department’s announcement about its plans to fire Jaynes and Cosgrove comes several months after Taylor’s highly publicized death and the nationwide protests that followed. Although the city of Louisville, Kentucky, has awarded Taylor’s mother a $12 million settlement, the officers involved have not been convicted on any charges for their actions.