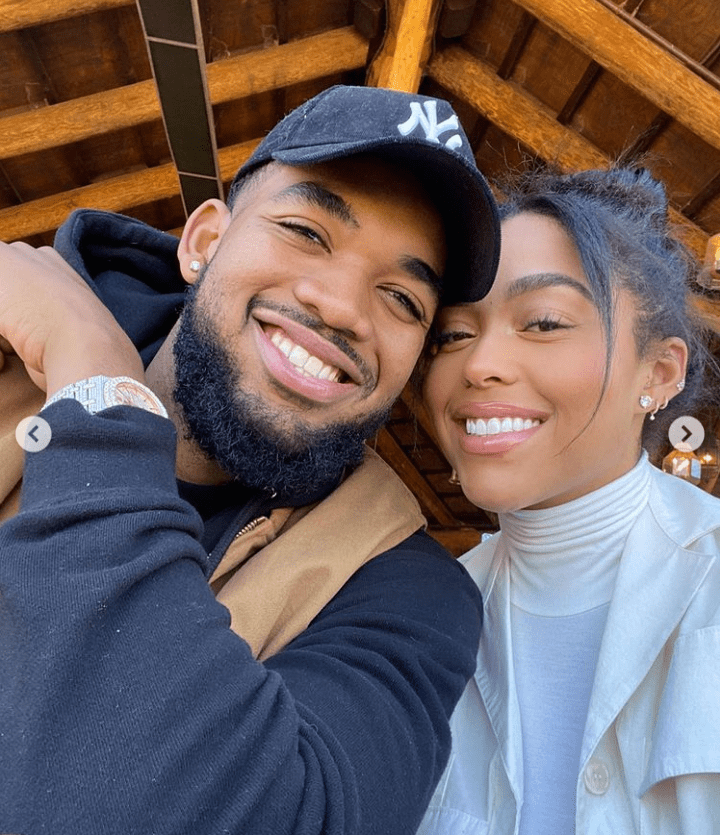 NBA All-Star Karl-Anthony Towns revealed that along with everything he has suffered this past year, he was hit by a drunk driver during the offseason that required hospitalization and subsequent rehabilitation.

Towns, 25, a center for the Minnesota Timberwolves, credits girlfriend Jordyn Woods with anchoring him through a steady succession of traumatic experiences and deaths in 2020.

This latest news comes on the heels of Towns’ announcement that he was forced into quarantine after testing positive on Jan. 15 2021, requiring him to miss several games.

As rolling out reported, Towns’ mother, Jacqueline Cruz-Towns, passed away from complications brought on by the pandemic in April 2020, and the virus took the lives of six other family members last year. Moreover, Towns said his father and sister are still suffering from anxiety after they also contracted the virus, although they survived.

Towns told his three million Instagram followers that during the tail end of a horrific year, he was struck by a drunk driver while driving in Los Angeles that required an extended stay in the hospital. He said four main things have kept him upright during an unbelievable string of setbacks” his faith, his family, his positive outlook on life, and most certainly, his girlfriend. 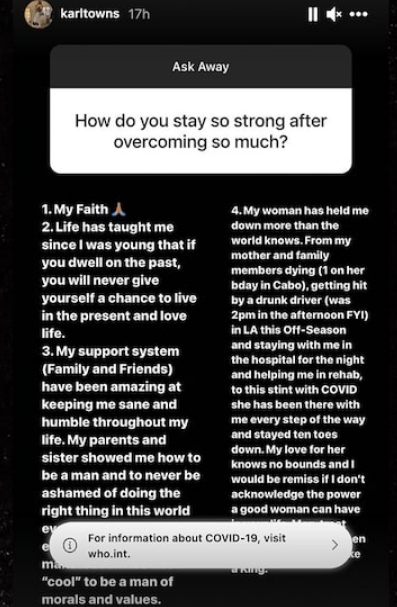 “My woman has held me down more than the world knows,” Towns said. “From my mother and family members dying, one [of them] on her birthday in Cabo, getting hit by a drunk driver in LA this off-season and staying with me in the hospital … and helping me in rehab.”