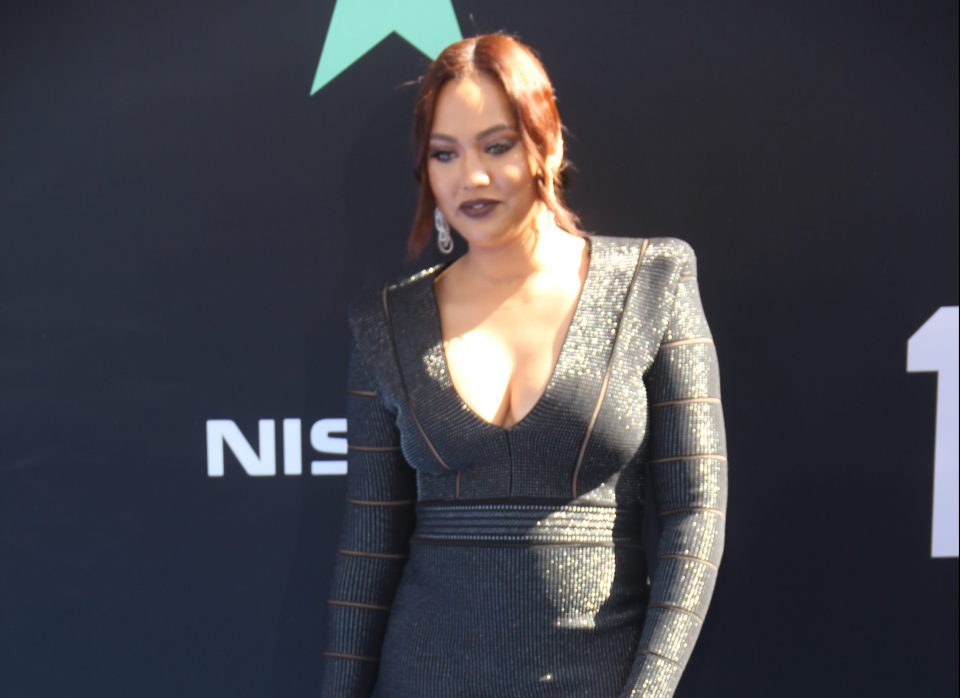 Ayesha Curry the wife of NBA star Steph Curry is getting dumped on once again after she audaciously posed nude for the magazine she founded, Sweet July.

The restaurateur, author, TV personality, mother of three and now magazine publisher posed artistically, sans clothes, and posted it for her 7.3 million followers on Instagram on Saturday, Feb. 13, 2021. Curry was prescient about the inevitable incoming criticism and subsequently emphasized that she’s only showing “shins and shoulders, y’all, shins and shoulders.” 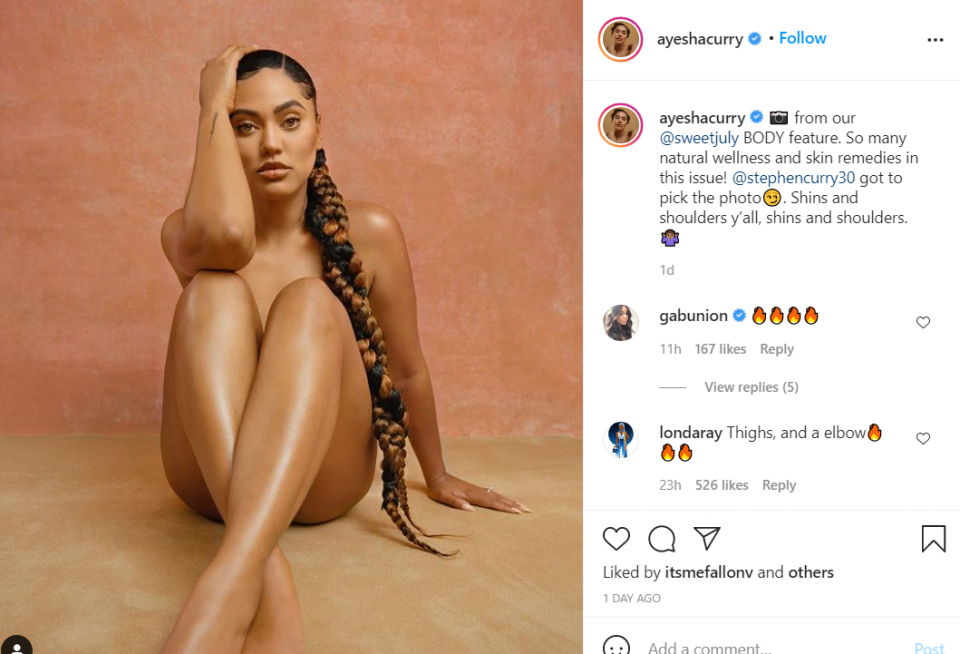 Right on cue, some fans reminded Curry of her Dec. 5, 2015, Twitter post admonishing women who showed too much skin. “Everyone’s into barely wearing clothes these days huh? Not my style. I like to keep the good stuff covered up for the one who matters 😂😂😂,” Curry said at the time.

“Is this the same person that was telling women to cover up a few years ago? 😔🙃,” one critic wrote in the comments section.

Curry, 31, in her own defense, retorted within the context of her comments about women being risque. “When you realize I was talking about a person wearing nipple pasties leaving a Starbucks and thought it was hilarious … but no one cared to ask,” she said in a post.

That explanation, however, failed to douse the flames of hate directed at her: “@lovelylishaxoxo she’s was fluffy and had l0w self-esteem and was hating, now she lost weight and now she’s a hyp0crite,” one person said.

Of course, Curry had plenty of defenders who told those throwing shade to leave Curry to her own pursuits. Curry’s biggest supporter for her provocative magazine cover shots is, of course, her husband, Stephen Curry, 33. 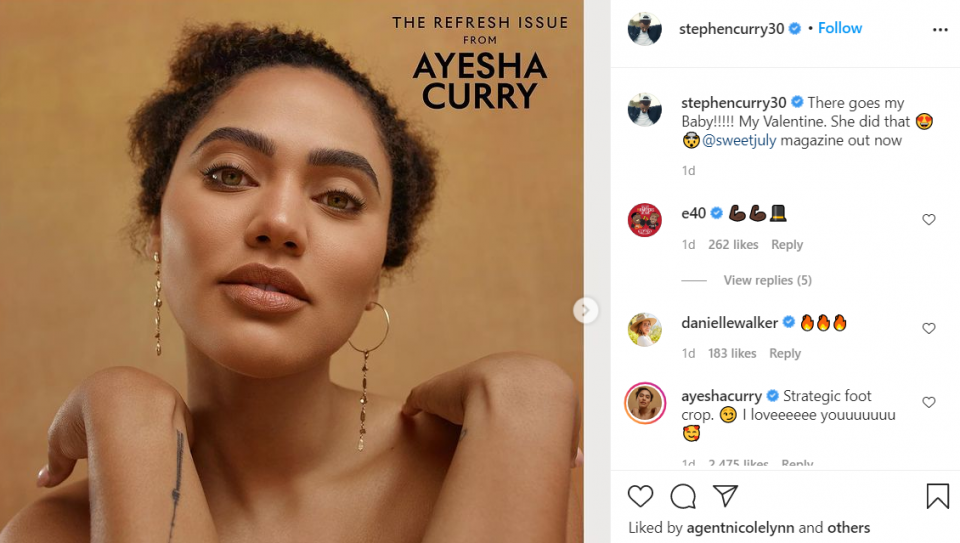