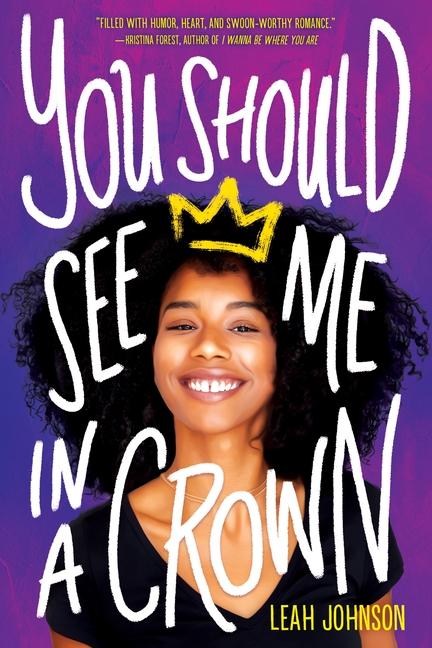 Leah Johnson’s 2019 novel You Should See Me in a Crown took the world by storm. Named to multiple bestseller lists, critics praised Johnson’s debut work for its realistic depiction of the hurdles a Black, LGBTQ+ teen experiences in high school. The novel follows Liz Lightly, a 17-year-old high school senior with dreams of attending the school of music at prestigious Penington College.

However, Liz can’t get a scholarship to fund her education. After considering multiple options to come up with the money — from selling an organ to taking a gap year and working — she finds the perfect way to pay for school. She runs for prom queen.

Liz’s high school is offering a scholarship to the king and queen of the prom. Unfortunately, Liz is too quirky, too brainy and too unsociable to have a chance, and things only get more complicated when she finds herself developing a crush on one of the other girls running for prom queen. As the story continues, Liz worries if it will be her social awkwardness that prevents her from winning the title or her classmates’ homophobia.

Johnson’s novel is impossible to put down. Readers will find themselves gripped by the story’s drama and gut-wrenching humor. Further, the story provides social commentary about the realities of hiding one’s sexual orientation from peers for fear of judgment. Ultimately, Johnson’s novel is a perfect pick for Women’s History Month. You can find You Should See Me in a Crown and other books featuring Black women’s stories on Blackbookstore.com.


Posted in Books and tagged bestsellers, book of the week, Book Reviews, featured right, Leah Johnson, You Should See Me in a Crown