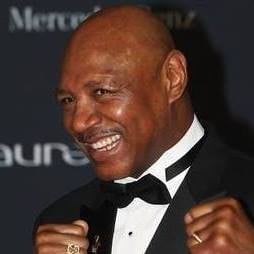 Marvelous Marvin Hagler, arguably the greatest middleweight boxing champion of all time, died unexpectedly in his Bartlett, New Hampshire, hometown according to his wife and son. He was 66. 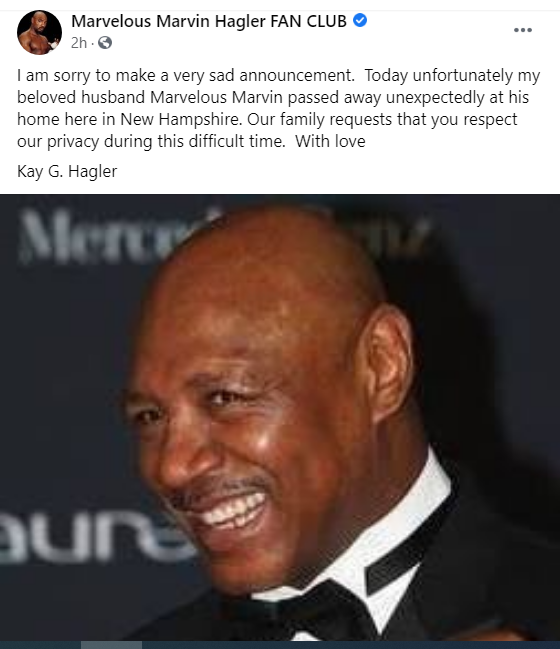 At press time, the exact cause of his death has not been determined.
Hagler rose to international prominence in the 1980s where he was known as one of the “The Four Kings” along with the other three iconic fighters of that era: Sugar Ray Leonard, Tommy “Hitman” Hearns and Roberto Duran.Marvelous Marvin was not only known as the greatest middleweight pugilists ever, but one of the greatest fighters of all time as he finished with a 62-3-2 record with 52 KOs. He successfully defended his title for a remarkably long time, from 1980-87, which including “The War” with Hearns in 1985. That short fight with Hearns is still called by sports pundits the most violent and exciting three rounds in boxing history.
The abrupt and surprising end to Hagler’s career in 1987 also came in spectacular fashion. He fought Leonard, who came out of retirement after being treated for a detached retina in one of his eyes, in a thrilling 12-round match. Leonard was declared the winner of the memorable match by a split decision despite the fact that Hagler and many others believed that he got the best of Leonard. Hagler was so infuriated that the judges gave the bout to Leonard, that Hagler immediately retired and stormed off to live in Italy for many years. There, Hagler began acting in movies before returning to the United States and settling in New England.It was a no-brainer to boxing experts and fans when Hagler was nominated on the first ballot into the International Boxing Hall of Fame in 1993.

He is survived by his wife Kay, whom he married in 2000, and his five children from his previous marriage to Bertha Hagler from 1980-90.

Flip the page to view clips of Hagler’s two most famous fights, with Hearns and Leonard.
Pages: 1 2