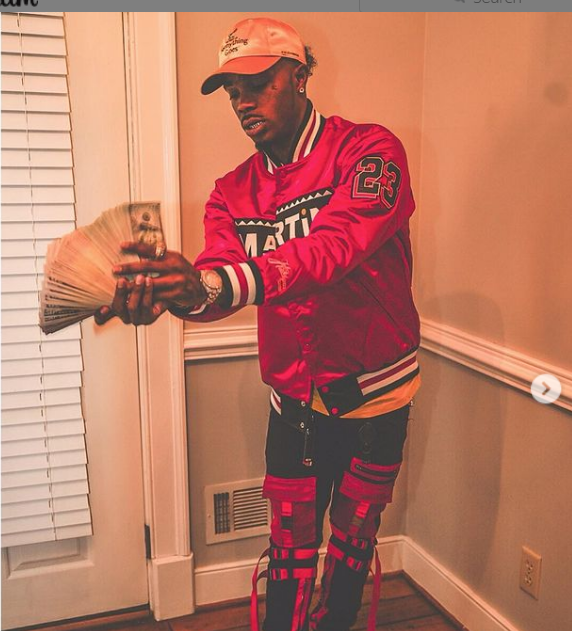 Rap star Foogiano has been slapped with a five-year prison sentence after managing to evade federal authorities for three months.

The Georgia-based emcee Foogiano, who was born Kwame Khalil Brown, was arrested by the U.S. Marshal’s Office task force in Memphis in March 2021 on a “fugitive from justice” warrant, Billboard reported.

Green County Just Gave @FoogianoDaMayor 5 years for cutting an ankle monitor for a gun charge that wasn’t his and was claimed by some one else this is beyond crazy 😥 we have to do something about this!

The 27-year-old is a Greensboro, Georgia, native which is about 75 miles east of Atlanta. He had been wanted by the U.S. Department of Justice after authorities discovered Foogiano had burned off his ankle bracelet the day he was released on a $50K bond in Dec. 2020.

That arrest in December stemmed from an undisclosed probation violation he was on ever since he was convicted for a 2015 burglary.

Foogiano reportedly discarded the ankle bracelet in December in Bartow County, Georgia, but was later arrested in Memphis at a private residence after an exhaustive three-month search. The U.S. Marshals refuse to state how they found Foogiano.

Ironically, this may become a major storyline for his girlfriend, Renni Rucci, whom The Jasmine Brand reports may be joining the cast of “Love & Hip Hop Atlanta.”

If that wasn’t enough, Foogiano threatens to “slap the f—” out of singer Trey Songz when he gets out for allegedly posting a photo of his girlfriend Renni Rucci after Foogiano was arrested and thrown in jail, according to TJB. 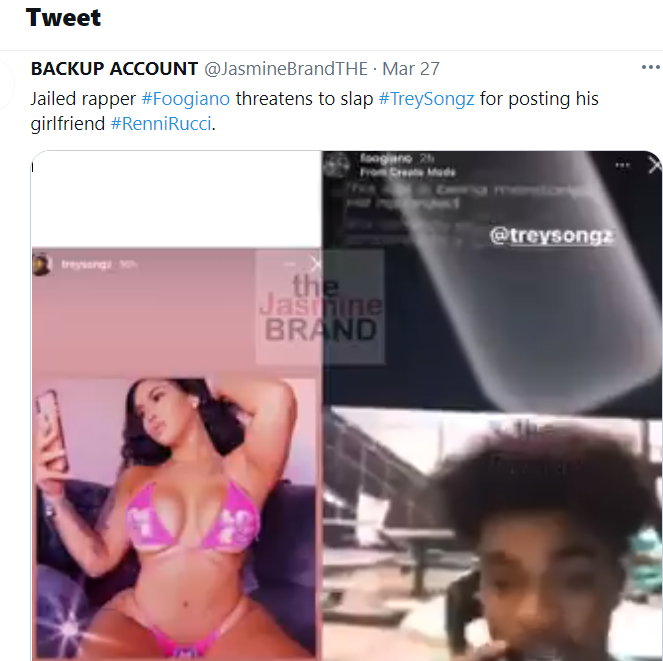