Atlanta Dream players embroiled in brawl not invited back next season

The Atlanta Dream’s leading scorer and a teammate will not be invited back for the 2022 season after the two were involved in a brawl outside a day party in Atlanta back in May 2021.

Courtney Williams and Crystal Bradford have been informed of the team’s decision to move forward without them, according to their agent Marcus Crenshaw who spoke during an interview on the Instagram live show, “Girls Talk Sports TV” on Tuesday evening, Oct. 05, 2021.

“I talked to (the Atlanta Dream) and they told me they didn’t want to bring both back,” Crenshaw told the host Khristina Williams. 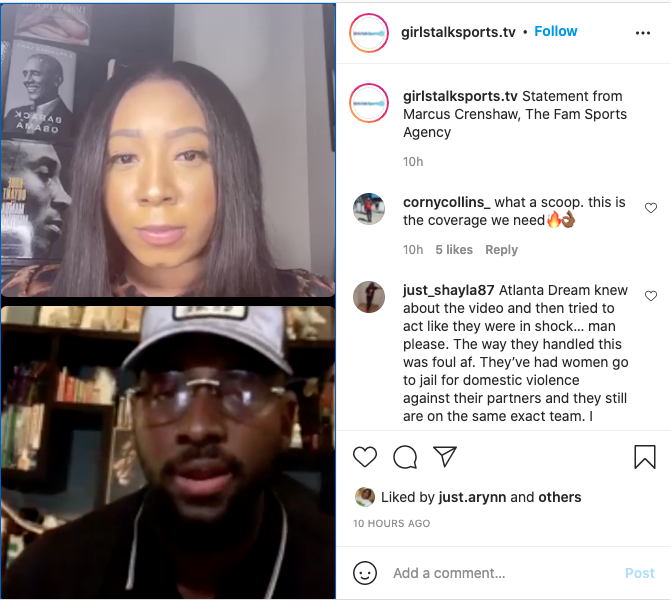 Crenshaw agreed to the interview after the decision came down by the Dream to not invite Williams and Bradford back, which was reported by Howard Megdal of The Next Hoops. Crenshaw said the players were defending themselves and did not start the fight.

The @AtlantaDream have informed both Crystal Bradford and Courtney Williams that they will not be re-signed under any circumstances, multiple sources familiar with the team's thinking tell @TheNextHoops #WNBA

Williams, who was the Dream’s leader in points, rebounds and assists in 2021, posted the video of the fight onto social media on Sunday.

According to their agent Crenshaw, Williams did not believe she was going to be punished for the fight, which he said the team knew about since May 2021.

After she received severe backlash for posting her own fight onto YouTube, Williams took the video down and then posted this apology onto her Twitter account:

Williams also retweeted this message from a fan regarding the hateful rhetoric that later ensued. 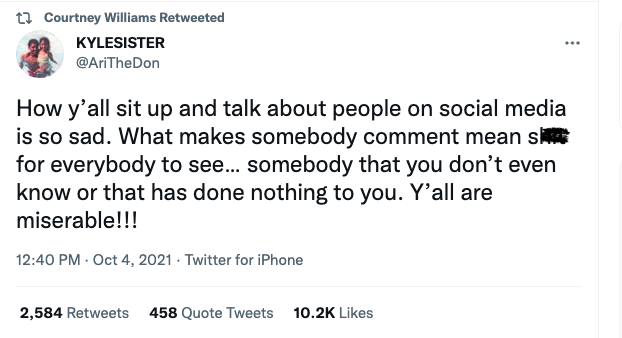 The Dream condemned the fight in a statement and later released the two players.

“The behavior in the video is unacceptable and does not align with our values as an organization,” penned the Dream on Monday, Oct. 4, 2021, according to ESPN. “We are taking this matter very seriously and working with the league to gather more information and determine next steps.”