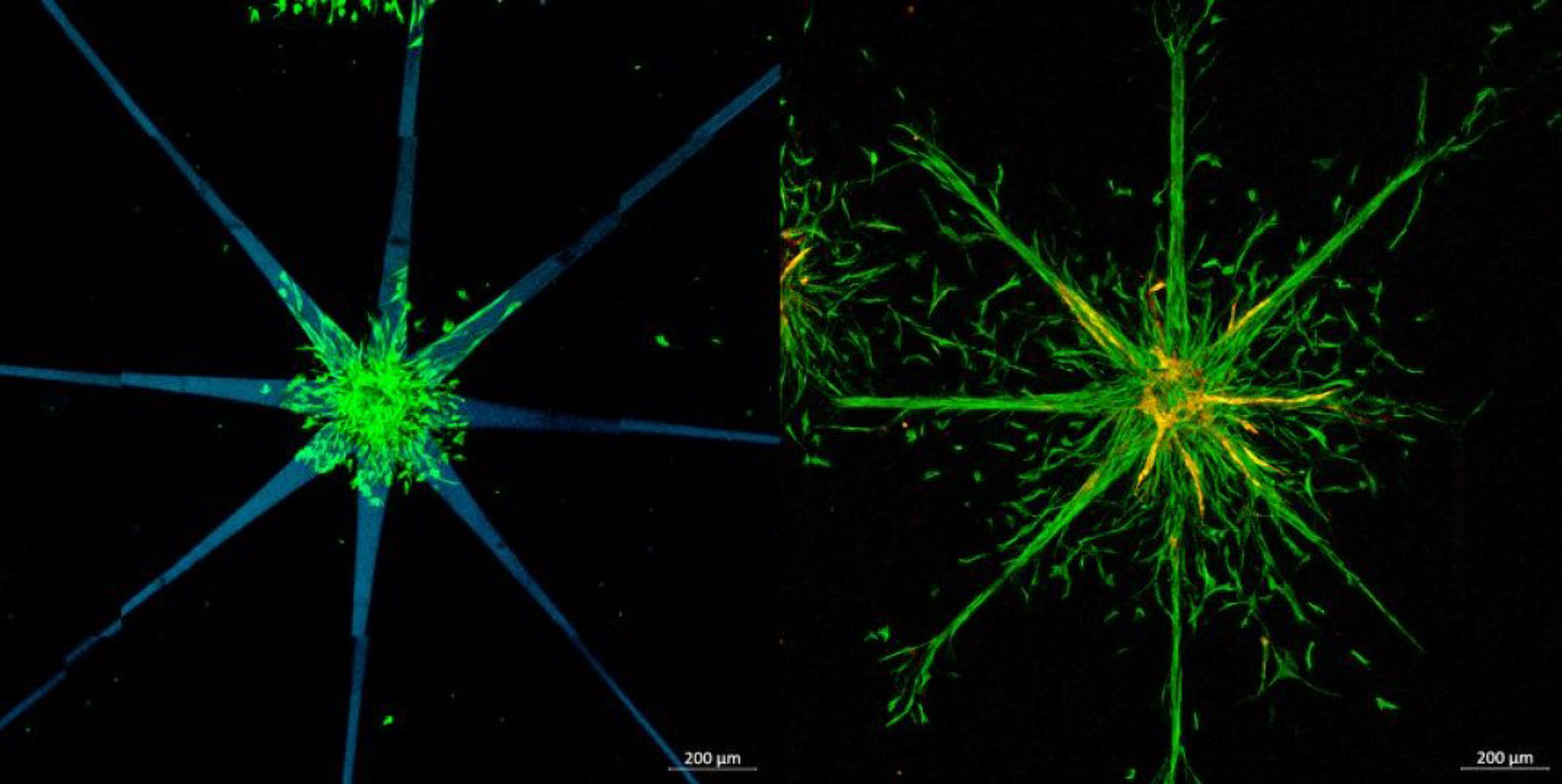 The idea behind the research was the creation of artificial organs in a procedure known as delivering an “organ on a chip” or “human on a chip.”

During the procedure tissue parts are created which then interact with each other.

They are placed on a chip of a few centimeters in size and can be supplied with very specific nutrients or also with pharmaceutical compounds in a highly precise manner.

In this way, important information can be gathered about the effect of drugs without having to resort to animal testing.

In addition, researchers can therefore work with human cells, which makes the results much more meaningful as one of the biggest criticisms of animal experimentation is that they are simply not human, and that reduces the validity of any test results.

The TU Wien technology works when the hydrogel surrounding the cells is enriched with very special molecules that can then be activated with a laser beam. The hydrogel then becomes softer and more permeable at precisely these points, so it is possible to determine exactly where the cells should move.

The new technique is particularly interesting for pharmaceutical research without animal testing. With this laser method, special tissue systems can be produced in a reproducible way, which can then be examined under precisely controlled conditions on a chip, for example, to test new drugs.

Professor Aleksandr Ovsianikov, head of the 3D Printing and Biofabrication research group at TU Wien, said: “When making tissue constructs in the lab, you often start with living cells embedded in a hydrogel.”

Hydrogel is a biocompatible material, with properties very similar to those of biological tissue.

Ovsianikov said it is: “Comparable to a gummy bear soaked with water.”

The cells can migrate through the hydrogel and form a tissue. However, it would be desirable to be able to control this process and have the cells adhere to a predetermined blueprint.

In the research group for 3D printing and biofabrication, however, very special molecules have now been added to the hydrogel.

Normally, they do not change the behavior of the hydrogel, but when they are activated with a laser at a specific location, the hydrogel becomes softer and more permeable at precisely this point.

Simon Sayer of TU Wien added: “The molecule couples to the network of the hydrogel, at this point the network becomes more hydrophilic. This changes the physical properties, and in this way it is possible to create a 3D pattern through which the cells can pass more easily than elsewhere.”

That way, the laser beam was used to predetermine certain paths in the hydrogel – and indeed the cells migrated exactly along exactly these paths. In this way, star-shaped or lattice-shaped cell structures could be produced.

For the time being, the focus of this research is not necessarily on the creation of artificial organs, but on a technology that is often called “organ on a chip” or “human on a chip”: Tissue parts are created, which then interact with each other.

Tommaso Zandrini, also of TU Wien said: “But this only works if we can precisely control the properties of these tissues.”

“Firstly, these experiments need to be reproducible, so you want several tissue samples with exactly the same microstructure, and secondly, you also need to be able to precisely connect the different samples – for example, if you’re studying the interaction between a small piece of heart muscle tissue and a small piece of liver tissue.”

To understand the interaction accurately, structures such as blood vessels need to be in exactly the right place. This is now possible with this new laser method. The complexity of customized tissue samples can therefore be drastically increased.