The Phylicia Rashad-Bill Cosby controversy refuses to die just yet. Cosby, 83, tore into Rashad’s new employer, Howard University, for publicly rebuking Rashad after she exuberantly celebrated the fallen funnyman’s release from prison on June 30, 2021, due to a technicality. Rashad, who was appointed dean of Howard’s College of Fine Arts in May 2021, […] Bobby Shmurda was released on Feb. 23 from Clinton Correctional Facility in Dannemora, New York, after completing a six-year bid. The New York rapper was originally sentenced to seven years in prison after pleading to one count of third-degree conspiracy and one count of weapons possession. Originally charged with conspiracy to commit murder, possession of […]

Bobby Shmurda’s mom reacts to his release from prison (video) 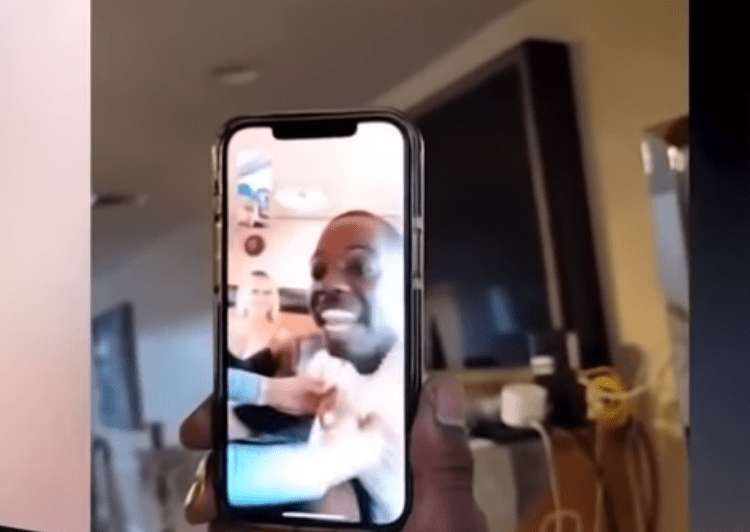 Bobby Shmurda is a free man, and no one is probably happier than his mother. On Wednesday, Feb. 24, 2012, TMZ released a clip of the “Hood N—-” rapper’s FaceTime call with his mom, Leslie Pollard. In the video, the ecstatic rapper spoke with his mother as others could be heard yelling and cheering in […]

R. Kelly renews pleas to judge for his release

R. Kelly has requested to be released from jail again. The “Ignition” hitmaker was recently denied bail when he asked to be released from Chicago’s Metropolitan Correctional Center — where he is being held on charges that include sex trafficking, racketeering, and child pornography — amid the coronavirus pandemic. But the initial decision hasn’t stopped him from […] 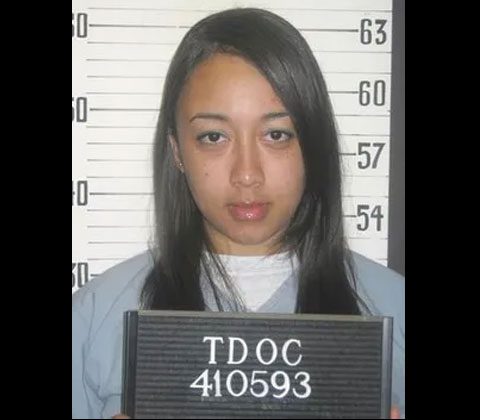 Cyntoia Brown is just beginning to live her best life now that she has been freed from the Tennessee Prison for Women after serving 15 years. Brown is about to publish her book, Free Cyntoia: My Search for Redemption in the American Prison System. She will reportedly go into detail about how she met the […] In 2014, convicted felon Jeremy Meeks, 30, caused many women to fall in lust with him. His famous mug shot was placed on the Facebook page of the Stockton Police Department after his arrest on a felony gun charge. Soon, his image went viral as thousands of women declared their admiration of his good looks. […]

Troubled rapper Gucci Mane has had it tough over the past few year after facing numerous criminal charges and lawsuits and recently being sentenced to six months in prison for battery. But the Atlanta rapper can now at least call himself a free man after he was released early from prison on Dec. 11. The […]

T.I. Moved Again; Where is he Headed this Time?

It looks like things are finally on the up-and-up for rapper T.I. After being sent to an Atlanta prison on Sept. 1 for traveling between an Arkansas prison and an Atlanta Halfway with VH1 producers and his manager, the ever-incarcerated rapper has again been released from federal lockup, and  finally moved to the halfway house […]

Tiny Says T.I. is a Victim of a ‘Personal Vendetta’

Troubled rapper T.I. has been through the ringer over the past month. After being released from an Arkansas prison to an Atlanta halfway house on Aug. 31, T.I. was removed the next day and sent to an Atlanta prison after prison officials claimed he violated his furlough agreement. Now, as T.I.’s legal team works to […]

T.I. Returned to Prison for This?

After being furloughed from an Arkansas prison to a halfway house in Atlanta, last week, rapper T.I. was kicked out and was sent back to a Georgia prison after prison officials allegedly objected to his use of a tour bus to transfer between locales. Though it was originally thought that the tour bus was the cause […]

T.I. to Remain in Prison Until End of September

T.I. has lost his freedom, once again. After being released from prison to a halfway house last week, a transportation “flap” between the two locales caused the rapper to be removed from the halfway house. Now, T.I. has reportedly been moved to a Georgia correctional facility to serve out the final month of his 11-month sentence. In […]

T.I. Kicked Out of Halfway House, Back in Federal Custody

Earlier this week,  T.I. was released from a Forrest City Correctional Facility in Arkansas and moved to a halfway house in Georgia to serve out the final month of his 11-month prison sentence. Now, T.I. has reportedly been removed from the halfway house  and moved to a “different facility” due to prison officials objections to […]

T.I. Gets a New Reality Show on VH1

Fresh out of prison, rapper T.I. is already back at work, as VH1 has announced that the rapper, who was released from a Forrest City Correctional Facility in Arkansas on Aug. 31, will film a reality show that will follow his life post-prison. According to a press release from the network, for the 10-episode reality […]

After spending the last 10 months languishing in a federal correctional facility for a parole-violating drug arrest, rapper T.I. will soon become in free man, next month. And with his sentence coming to an end on Sept. 29, T.I. posted his final prison letter on his website, TrapMuzik.com, Aug. 16, reflecting on the lessons he’s […]

Despite earlier reports that rapper DMX, who was recently released from an Arizona prison, would not be starring in his own reality show, the rapper’s publicist has now come forward to refute the claims and explained that DMX will indeed have his show. On July 29, DMX’s longtime friend and publicist, Pam Pinnock, released a […]

After numerous reports surfaced claiming that rapper DMX would star in a new reality series that would reunite him with his children following his prison release, reps for the rapper have come forward to deny the reports. According to AllHipHop, several media outlets reported that DMX would star in a reality show called “X-Tended Family,” […]

After languishing in prison for an extra week due to disciplinary violations, troubled rapper DMX finally was released from a Yuma, Ariz., state prison yesterday, July 19, after serving nearly eight months of a year-long sentence for violating his probation. According to AllHipHop, DMX (born Earl Simmons) served seven months of his year-long sentence after […]