A private housing unit near the campus of the University of California, Berkeley, has banned White people from its common area, the media reports. Fox News reported that a student housing collective called “Person of Color Theme House” just outside of the UC’s flagship university — which is also called “Cal” or “UC Berkeley” — […] 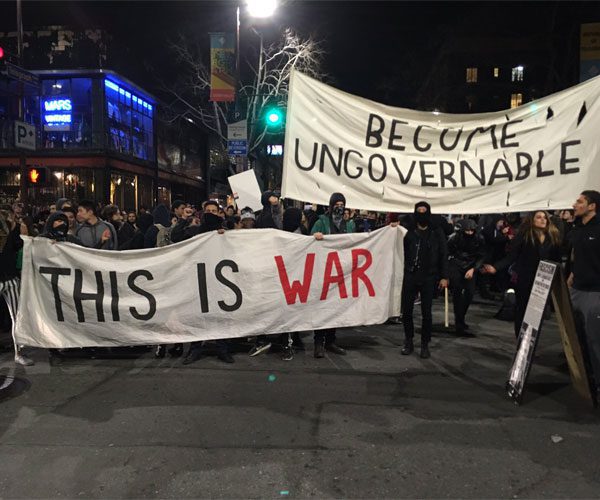 Violent protests erupted overnight on the campus of the University of California at Berkeley. The protests began when Breitbart editor Milo Yiannopoulos was scheduled to speak at the college last night. Yiannopoulos is a known racist and has made inflammatory remarks against the Black Lives Matter movement and has used racist, xenophobic and anti-gay statements in […]

This past Saturday on the campus of UC Berkeley in California, visitors and students were greeted with a shocking sight. Three cardboard cutouts of Black people were found hanging from nooses at several spots on campus. This action took place on the same day as protesters across the nation marched in Washington, D.C., New York […]

Solangé and Puma unite for their ‘Girls of Blaze’ collection

Solangé has partnered with Puma to come up with the creative concept for their new ‘Girls of Blaze’ collection to be premiered this Friday on Opening Ceremony’s website. Opening Ceremony was founded in 2002 by two friends from UC Berkeley, Carol Lim and Humberto Leon, as a place to share their passions for travel, art, and fashion. Inspired by a trip to Hong Kong, the two decided to […]

After the ceremony and the rain this writer met Austin Williams and his amazing family. Upon introducing myself to him and his family, his mother, Patricia Williams, kindly asked for a picture and I was immediately drawn to his story. I asked him to give me a recap of his four years at Morehouse College, […]