Hip-Hop never sleeps. While new records and interviews are constantly being released from some of the hottest hip-hop stars in the game, we sometimes forget about all of the other cool things that happen to end up on Hip-Hop Instagram. This past week, Atlanta saw no shortage of parties. Chinx’s private listening party for Cocaine Riot 4 brought out DJ Scream, DJ Smallz, Beestroh, as well as Lil Durk, Young Scooter, and more. Young Scooter was also spotted posing for photos with Ashanti’s sister, Shia Douglas and her business partners, Elisa Burton and Sakara Barnes at their Dymes Only pop-up shop at FlyChix ATL. Yo Gotti brought out August Alsina and thousands more to his all-white birthday party at the Compound.

All of the fun wasn’t in Atlanta. Rick Ross was spotted enjoying the culture in Amsterdam, T-Pain rocked the stage in Paris, DJ Drama took in the Switzerland air, and Fabolous posed for pics in London. MMG’s Stalley stood on the Cleveland Indians mound, Wale performed on the ‘Today Show’ with Mariah Carey, and Nipsey Hussle chatted it it up with Larry King. Drake celebrated Bun B.’s youngest daughter’s graduation in Houston and announced the launch of Houston Appreciation Week.  Of course, there were a couple of guys working hard in the studio. Guess who was working with Stevie Wonder?

Take a look at some of our favorite moments on Hip-Hop Instagram from this past week. 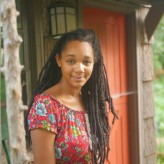