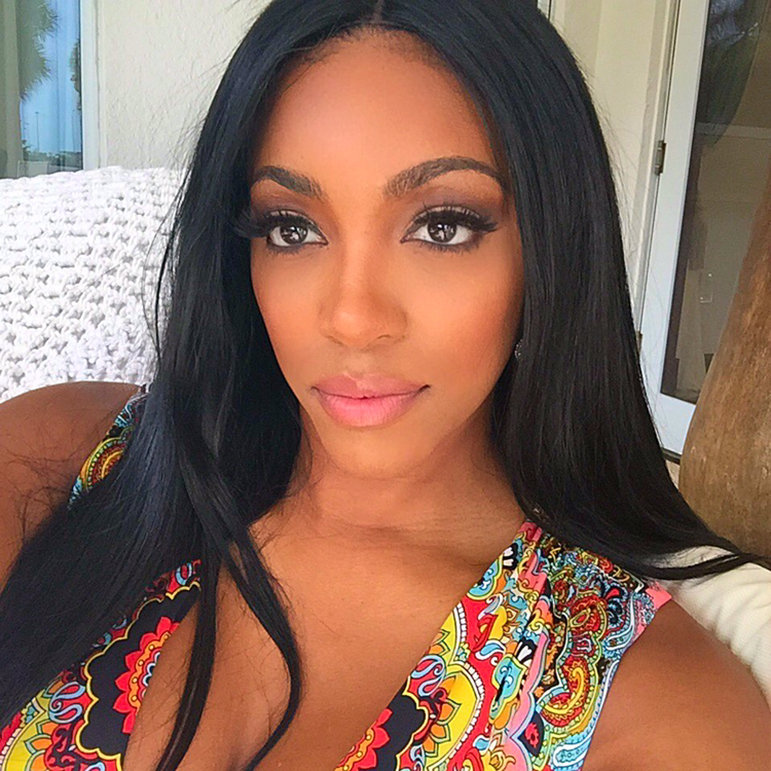 Sunday night’s episode of “RHOA” contained all the usual drama between our favorite ATL reality vixens, but more entertaining was the brakes put on Porsha Williams‘ budding romance with her new/old boo Todd Stewart. Two weeks ago we saw the couple having a romantic rendezvous in preparation to get Porsha pregnant, but things came to a screeching halt when he informed her that he no longer had a job. Porsha just about got up from the dinner table after Todd admitted he left his job to spend more time with her.  He tried to quell Porsha’s fears over safety and security with the excuse that love would conquer all but it appeared to fall on deaf ears. Porsha wasn’t trying to hear that and quickly let him know that she didn’t feel secure moving forward having a baby with a man who had no employment.

Black Twitter was divided, some saying Porsha was wrong for putting a baby before the relationship, and the other half arguing Todd was no longer a viable option for baby-making. It’s an interesting dilemma and one that many Black women are having to face after age 35. Studies show that more women are waiting to have children until later in life, but when they decide the time is right, if there is no husband lying next to them, what are they supposed to do?

Porsha isn’t the only one who has thought about finding a handsome ex that fits the blueprint and asking them to partner on having a baby. With more women excelling in the workplace it’s become commonplace to see women adopting children or even undergoing artificial insemination in an effort to become moms. Some women look to a friend or former boyfriend, and others choose to find more anonymous means to achieving their goals. TV maven Shonda Rhimes is a great example of an unmarried woman who recently had her third child by a gestational surrogate, which means she found someone to carry the child.

Still the question at hand is should Porsha move forward with having a child with someone that presently has no ability to assist her financially with the baby? My answer would be a resounding no! Children are very expensive and although Porsha is doing well financially, children today need financial and emotional support from two parents. One thing is certain, if she plans on moving forward with Todd, she’ll need to get an agreement in writing before she ends up financing his lifestyle through child support payments. Good luck with that, Porsha. We’ll be tuning in next week to see how this unfolds.