Ice Cube exercises his CubeVision with ‘Fist Fight’ and more 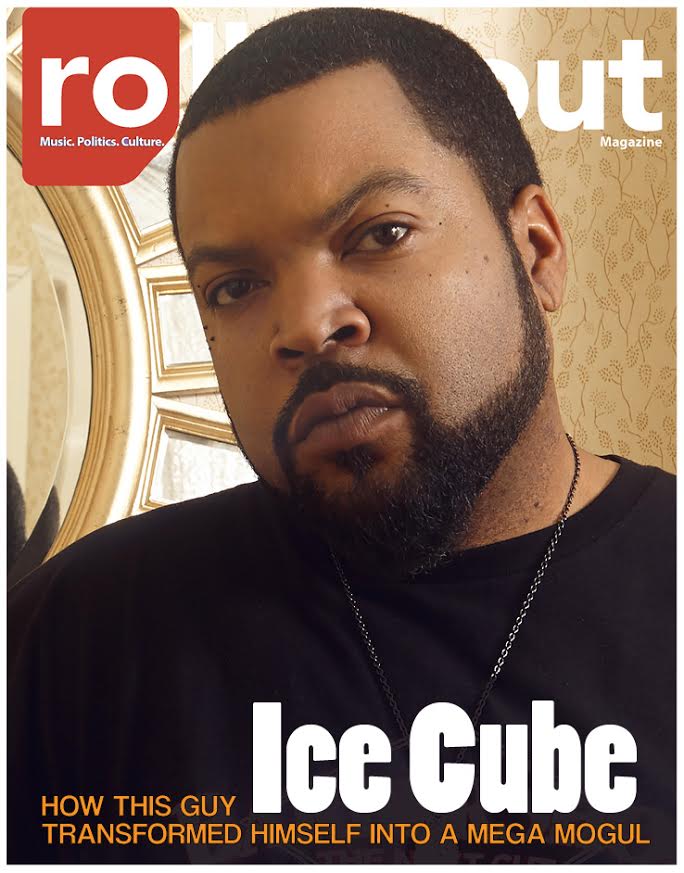 Ice Cube is back on the big screen. But this time he’s not in a sequel but in a brand new film called Fist Fight. It’s a twist on the classic bully tale in that it’s the teachers, not the students, who meet up in the parking lot for an after-school showdown. And, for Cube, it was a good fit.

“I just thought it was a good premise. I thought it was a movie that had a good plot and something different, things you don’t see every day with teachers going at it and working with Charlie Day and Tracy Morgan [was a draw],” he explains via telephone. “Once you start running down the list, it’s a no-brainer.”

Tackling adult bullying didn’t sway him at all, however. “No, I wasn’t really on a crusade for that,” says Cube, who plays bully teacher Ron Strickland to Day’s bullied Andy Campbell, “but it’s really cool to see it and see a guy stand up for himself because that’s ultimately what it’s all about. Everybody got to stand up for themselves. You don’t have to take it. … The whole movie just seemed right, even though it’s so wrong.”

Cube may have an executive producer credit on Fist Fight, which was filmed in Atlanta, but he admits Day and director Richie Keen are the real driving force. “I look at this as more like their film. They put this thing together. They brought CubeVision into it and it’s cool to sit back and give your two cents. That’s all I’m doing is giving my two cents in all areas, marketing and promotion and editing the movie, but I can’t take all the credit like I want to,” he laughs.

And speaking of N.W.A, he was very pleased with the reception of the group’s biopic Straight Outta Compton. “The movie was well received all over the world. Over $200 million at the box office,” he gushes. “It’s a great brotherhood story, rags to riches, break up to make up, David versus Goliath, it has all those elements and that’s what people love about it. It’s not just rapping or cussing on a record. It’s more than that.”

“More than that” has been a springboard for the film’s then mostly unknown main cast. Corey Hawkins, who played Dr. Dre, now helms the FOX “24” reboot, “24: Legacy.” Cube’s son O’Shea Jackson Jr., who played his dad in the film, has a role in Ingrid Goes West, which was well-received at Sundance, and is currently filming the heist film Den of Thieves, starring 50 Cent and Gerard Butler. Jason Mitchell, who played Eazy-E, is also coming off a well-received Sundance film, Mudbound, and reteams with Hawkins for the King Kong reboot, Kong: Skull Island, hitting theaters March 10.

Cube is also positioning himself businesswise to bring even more great projects our way in hopefully less time.

“My deal with FOX is great,” he reports. “I was just sick of playing that game. I just wanted to have a home. Now when I [have] an idea, I can just take it in to FOX, we figure it out and we put it out. It’s just erasing an unnecessary step and allows me to have a home for projects that people can bring to me. That’s on the TV side.

“On the film side, I signed a development deal with a Hong Kong company, a guy named Kelvin Wu, and he basically provides development money for CubeVision for outside projects. Things that people bring to me, things I want to make outside the studio system. It’s just a good place to be if you’re a creator.”

But Cube is keeping his passion projects hush for now. “I have a few,” he admits. “I won’t mention them because I think it will jinx them. Like with Straight Outta Compton, I didn’t really tell nobody until we were knee-deep in it, so that’s kind of how I’m going to treat these other projects.”

That love may translate into something bigger, says Cube. “They were so excited that we might end up doing another one but actually together, not just popping in at the end. That’s what showbiz is all about. I am always, most of the time, down,” he says, “to go back because that’s what fans like. They like when you go back [and know] you ain’t too good to do the sequels.”

Speaking of sequels, Cube promises he is working to get another Friday on the big screen. “I’m trying to make it happen. I really am,” he says with a bit of optimism. “You know it’s looking better than it has in years.”

Before he gets down to Friday sequels, though, he’s turning his attention to basketball with his new “BIG3” league. “It’s 3-on-3 basketball played with ex-NBA players,” he explains. “[There are] five people per team. [There are] eight teams. And they all play in the same arena on the same day. So it’s like a Final Four kind of atmosphere, an All-Star game kind of atmosphere, and these guys are still going at it. These guys still can play. They just can’t play the NBA ‘run up and down that court’ schedule like that but, half-court, these guys are amazing.”

And for now, it’s giving Cube a lot of life. “I can’t wait to see it kick off this summer,” he says. “It’s just fun trying to introduce the world to a new league.”