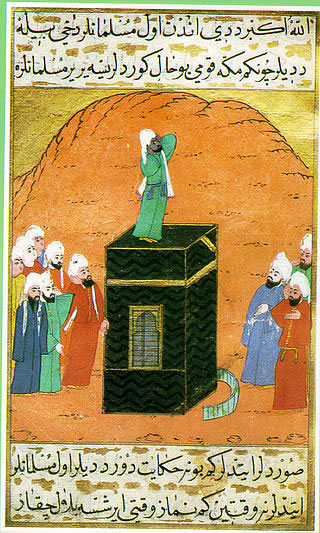 Many people today do not know the story of Bilal ibn Rabah, a former slave who became one of the most revered men in Islam after the prophet Muhammad. Bilal was the son of an Arab slave and his mother was a captured princess of Ethiopia. Born in 580 AD in Mecca, because of his extreme intelligence and trustworthiness, Bilal was entrusted as keeper of the keys to the idols of Arabia.

When Muhammad announced that he was the prophet of Allah, Bilal would listen to the teachings and later converted to Islam. His master, Umayyah ibn Khalaf, learned of his conversion and beat and tortured Bilal to make him renounce his belief. He was dragged around the city of Mecca and stretched by ropes to break his faith. However, Bilal did not waver and would repeat “Ahad Ahad” (God is absolute/one). Word reached Muhammad of Bilal’s treatment and faith and a deal was made to purchase and free Bilal from slavery.

Both Sunni and Shia Muslims agree that Muhammad specifically taught Bilal the Adhan, the Muslim call to prayer, because of his deep, clear voice. This made Bilal the first Muezzin (caller to prayer) of Islam. Bilal ibn Rabah died either in the year 638 AD or 642 AD at the approximate age of 63. His descendants migrated to the land of Mali and established the Mandinka clan of Keita. The Mandinka went on to form the powerful and rich Mali Empire, which produced the richest Black man who ever lived, King Mansa Musa. Today, his net worth is estimated to have been $400 billion. His kingdom included Ghana, Timbuktu and Mali and produced half of the salt and gold in the world at that time. When he went on his pilgrimage to Mecca, he gave away so much gold that the price of gold dropped worldwide. Even though it has been more than 700 years since he walked this Earth, some of the monuments he commissioned still stand.