Former NFL running back Evan Royster understands and acknowledges just how fast an NFL career can blow by an athlete. Following a stellar collegiate career are Penn State University, Royster was drafted in the sixth round of the 2011 NFL Draft by the Washington Redskins. His NFL career was marked by ups and downs but one thing that Royster maintained was a positive reputation and high character.

Similar to many former professional athletes, the transitioning to a life post-playing career was an adjustment. A young man who has always valued hard work and resiliency used the many lessons learned throughout his playing career to move forward. Now the director of the new sports & entertainment division at EverFi Inc., the leading education technology company focused on teaching, assessing, badging, and certifying students in critical skills, Royster has landed on a team ready to contribute.

Rolling out had the opportunity to speak to the former Washington Redskin about what inspires him to show up to work, what skills are essential for future business leaders, and what community-based success looks like.

What inspires you to show up for work every day?

Two things. My wife, who is a teacher, and that I go to work every day feeling like I can do something to make a difference. My role at EverFi, Inc allows me to connect current and former professional athletes to communities around meaningful causes, like our partnership with the NFL and the United Way for an educational initiative called Character Playbook. It’s a great feeling to be able to inspire young people by working with an organization that is equipping them with the educational tools they need to succeed.

I can’t really say that I determined this path. I was lost in many ways after my NFL career. I had lost something I worked really hard at for a long time, and I guess it just hit me harder than I realized. Then I got a message from a fellow Penn State alum — “WE ARE!” — and it changed my life. A few weeks later I was at EverFi HQ in D.C. learning about how my skills and background could contribute to this incredible, mission-driven company.

Describe the skills that you think will be essential to future business leader and innovator.

In my opinion, there is no better trait for a leader to have than to be willing to work harder than everyone else. A leader willing to put in the hours inspires the same from those he or she is leading. I relate so much of my life to sports and back then, I despised the “leaders” who would yell and scream about what should be happening then forget their own responsibility. Here at EverFi, I am hoping to be an example to other athletes and inspire them to find a cause that resonates with their own values and then commit to action.

Describe why lifelong learning is important to you.

Life isn’t fun when we feel like we are just going through the motions. I guess I shouldn’t speak for everyone, but learning from new experiences and challenging myself has done wonders for me in maintaining a healthy mind.

Community success based on what you do in the community means what to you?

It’s how I see meaning in the work I do. I’m lucky enough to spend a lot of time in schools with the students impacted by some of our initiatives. Particularly in our partnership with the NFL and United Way around an initiative called Character Playbook. It can be difficult to really realize change from a distance, but it’s much more obvious when seeing firsthand reactions. I just hope that my efforts inspire other men, especially professional athletes, to make a personal commitment to make a positive impact on our communities, because the platform they have to effect change is truly powerful.

What technological tool has made the biggest difference in your life?

Social media. And it has had its pros and cons. While I was a playing in the NFL, there were times people’s comments ate at my confidence and hurt my performance. Then a simple LinkedIn connection turned into the perfect opportunity for me to start my career outside of football.

Santorini. My wife and I went for our honeymoon and it was incredible. We stayed in the town of Oia on the inside of the north side of the half-moon shaped island. We looked out our room and almost directly down the side of a cliff where the volcanic island collapsed on itself a long time ago. Swimming in the water that’s still heated by the volcano was great to experience too.

If I could change one thing about the world, it would be that everybody respected and showed compassion to their fellow human regardless of race, religion, personal beliefs and the list goes on. None of us knows what it is like to be someone else, but it would go a long way if we would try to understand and support one another. 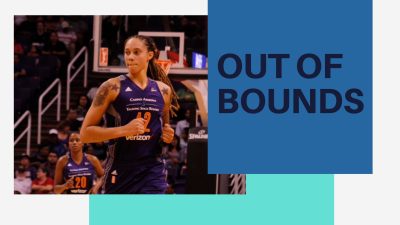