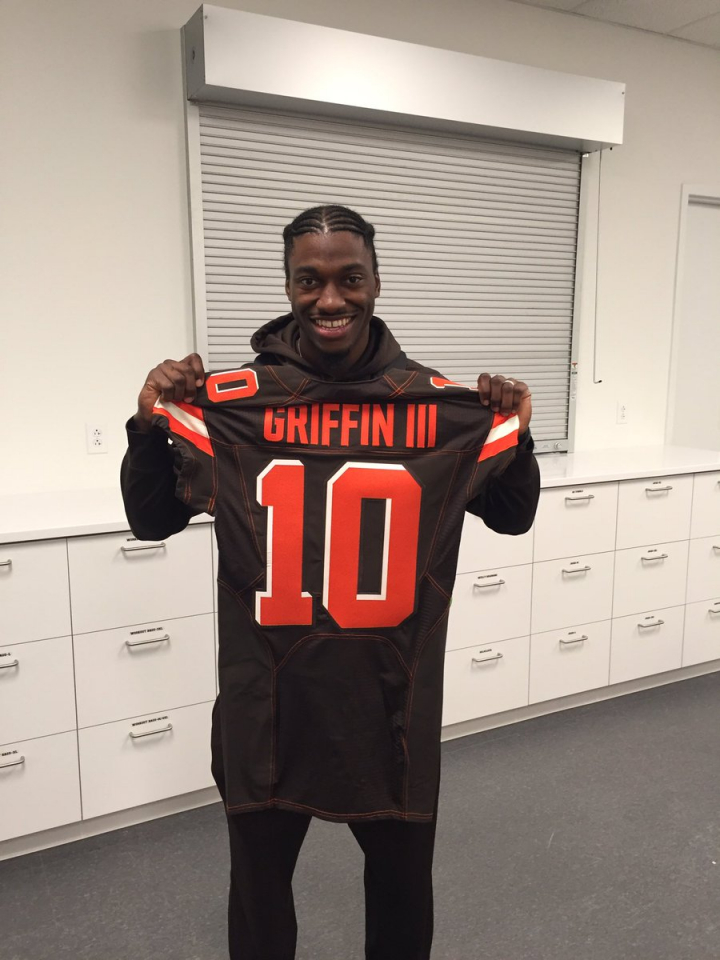 Once again, Robert Griffin III can’t catch a break in the NFL. The Cleveland Browns cut the 2012 NFC Offensive Rookie of the Year following a trade for quarterback Brock Osweiler. Griffin battled a shoulder injury in 2016 and only appeared in five games, throwing for two touchdowns and three interceptions for the year.

“Fight through every challenge life throws your way,” Griffin tweeted in a series of posts that surfaced in the midst of the news.”Thank you #DawgPound All Love #TheWorkContinues #ImHungry.”

The Cleveland Browns have had 29 quarterbacks since 1999. The statement the franchise made when releasing Griffin was: Either he was so bad a franchise notorious for having a lack of consistency gave up on his abilities, or the Browns had a plan to grow their own young quarterback themselves — the more probable method by which the team will move forward in the coming weeks.

The Browns are reportedly shopping the team’s newest addition, Osweiler, and they’re also looking to take a quarterback with the No. 12 pick. The franchise’s name made an appearance in the Jimmy Garoppolo trade rumors with the New England Patriots. The team is looking as if they wanted to build an entirely new image and Griffin represents old images more than not. He’s an old image because he hasn’t had a relatively productive season since 2013. He also represents an old image, because, in his short, five-game career with the team, he finished with a 1-4 record last season, an old and familiar record Browns fans are tired of seeing.

Statistics don’t tell the entire story when it comes to Griffin’s last few seasons. He can still run and he’s shown that he can still connect on the big plays like in the exhibition against the Atlanta Falcons with wide receiver Terrell Pryor. Giffin may have something to add to an NFL team still, but like Tim Tebow and Vince Young, his chance of having a second chance might be getting old.