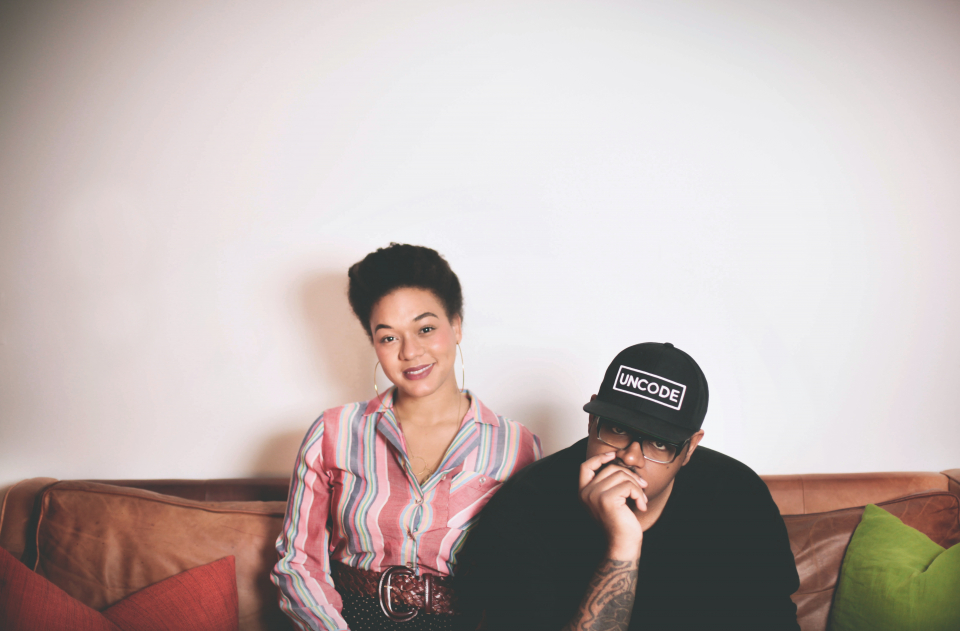 Husband and wife team Ali and Myisa Graham love to tell stories. They are the brains behind a renaissance in content production called UNCODE, which is a digital series made of short, documentary-style films featuring lifestyle topics as seen through the distinctive lens of Black storytellers.

Since its launch in 2016, Uncoded Media has worked with reputable brands including Amazon, The Seattle Times and Ebony, award-winning chefs, Tarik Abdullah and Bryant Terry, world-renowned artists, Fahamu Pecou and Aramis Hamer, musicians, and entrepreneurs of color to create short films related to art, tech, food, health and travel. Through their digital distribution partnership with Ebony.com, their stories are now able to reach over 1M people online. 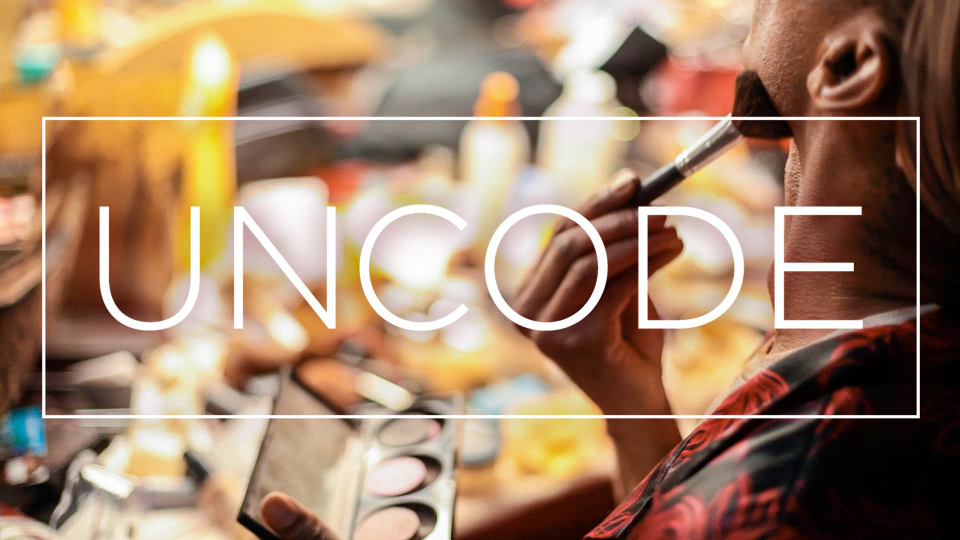 Produced by the digital-first production company, Uncoded Media, UNCODE has been selected to screen at the 41st annual Atlanta Film Festival. It screens on Sunday, March 26 at 4:30 p.m. EST at 7 Stages Theatre, 1105 Euclid Ave NE in Atlanta.

“UNCODE was created to highlight the presence, global influence, and varied interests of Black people,” says executive producer and series creator Ali Graham. “We’re seemingly inundated with negative images of Black folks. It has to be taking a toll on our mental wellbeing. In researching ways to provide a healthy counterbalance, we decided to share stories that offer comprehensive views of our diverse communities in an effort to destroy the idea of a Black monolith.” 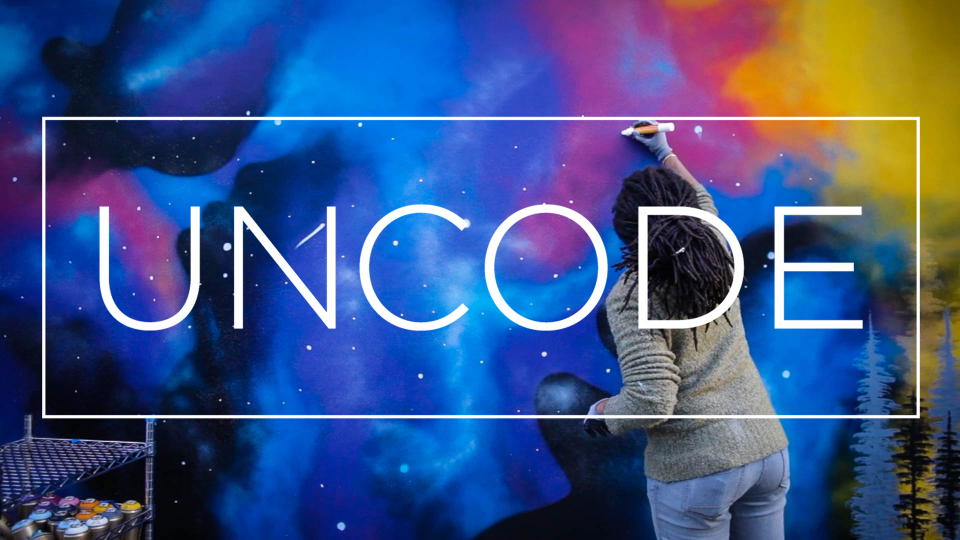 Series director and editor Myisa Plancq-Graham, who also serves as the production company’s creative director, says she “saw an opportunity to tell real stories about normal people. We wanted to hold up a mirror in an effort to remind one another of our beauty and resilience.”

What is your day-to-day like at work?
Ali Graham: We work from home. While Myisa is editing and Crystle [Roberson, executive director] is strategizing how best to utilize members of the UNCODE Collective, I’m mostly reaching out to venues for theater screenings or researching brands in effort to better pitch, negotiate, and secure strategic partnerships ensuring we’re all paid. We have two interns now who we’ll all help train to manage our social media platforms and assist with filming and editing.

Myisa Plancq-Graham: My daily job changes seasonally, for a chunk of months we’re in production filming stories which is my favorite part of it all. During production, I’m videographer and creative director. We’re out meeting people learning about what they do, organizing shoots, we’re in the field! It’s pretty riveting work, but also incredibly exhausting. I’m usually pretty read for post-production by the time filming wraps up. During post my days are spent doing things like editing footage, shooting lifestyle images for the brand, creating social media content, designing marketing material, and maintaining our website.

What inspires you to show up at work every day?
Myisa: The idea that we’re creating content that has the potential of having a positive influence on my people (especially the young ones) is my biggest motivation.

Ali: I’m obligated, as a member of the Black community, to make sure our youth has it better than we did. It’s my goal to make sure they see colorful and diverse representations of “Black.” I was raised in Atlanta and saw many different hues and shades and types of Black. But, if you’re not in an Atlanta or Chicago or Brooklyn or Culver City/Baldwin Hills like area, you may not have a lot of different types of representation. If you’re in an area with a small Black population, you may start to feel as if you’re the only one that enjoys a certain activity; that you don’t fit a mold. That motivates me to showcase different types of blackness far and wide to show you that we are everywhere and everything. Whatever thing you consider to be “non-Black,” there’s probably a Black person already doing and they’re great at it. I’m on a mission to find that person.

How did you determine your career path?
Ali: It all started with a love for music. Growing up in Atlanta, in the shadows of So So Def and LaFace, I grew up with a love of Atlanta music, specifically. That, combined with an appreciation of filmmaking, led me to the world music supervision – placing songs in films, negotiating music licensing deals, etc. Once I moved to LA, I began clearing music rights in television shows and films for Warner Bros. Shortly after, I realized I could leverage my legal and entertainment background to launch a career in the tech industry. For the next five to six years, I managed global contracts for some pretty large companies like Verizon and Amazon, and I prepared tech startups for mergers and acquisition. I was there to help prepare Beats for Apple’s $3B acquisition back in the summer of 2014. The money was great, but, ultimately, I was unfulfilled and wanted to get back to music and film production. More than anything else, I was ready to start supporting my wife. UNCODE was the vehicle that allowed us to combine our passions and skill sets: art, music and film production, storytelling, startup business operations and legal affairs.

Myisa: I’ve always been an artist of one type or another. I found my way to photography toward the end of college and started take it a bit more seriously while I lived in Atlanta. A love of photography led me where we are now. In short I don’t think there was much determining I did what I liked and eventually I found myself in a position wherein the experiences and skill sets I had acquired found a happy marriage. UNCODE was my husband idea, we both molded it into what it is today, but he is still the person I hold largely responsible for my ability to explore this medium. One thing I’ve always been motivated by is the power of sharing and storytelling, so while I may not have known where I was headed with my art I had that as a compass.

Describe the skills that will be essential to future business leader and innovators.
Ali: A greater appreciation for diversity and different perspectives, a better understanding of your own privileges, and much more empathy. I’m working on all three in hopes it makes me, not only a better leader, but, a better son, brother, husband, and an all-around better member of society.

Myisa: More recently I’ve started checking my privilege in every space. It forces me to be less judgmental which is a solid tool in any environment. Always trying to understand different perspectives fighting the instinct that I know better than others, listening more.

Who do you consider your peers in your field? How have they supported you? What best practices have they shared?
Ali: There are quite a few Black owned online content providers / media outlets we enjoy and follow Ebony, KweliTV, Blavity, Black & Sexy TV, Afropunk, etc. Kyra Kyles and Chan Smith at Ebony Media were the first ones to show us love and really understand what we were trying to do. Those early conversations helped us fine tune the way we approached storytelling for a digital audience. Ultimately, we were able to partner to distribute a few UNCODE stories through Ebony.com. Charles King at MACRO who produced the Oscar-nominated film, Fences – was also really encouraging early on. Charles taking time out of his incredibly busy schedule to kindly respond meant a lot. Their time and consideration, since the beginning, has always been greatly appreciated.

Name your favorite role models for success in two different industries.
Ali: I’m always in awe of people who write for a living. Being able to understand and capture complex emotions and transcribe them in a way that’s understandable and digestible has always been a challenge for me. I love reading essays by James Baldwin and Angela Davis. They’ve always been role models. As a film producer, I love watching Ryan Coogler and Issa Rae’s successful rise – it’s been really inspiring for me to see. Ava DuVernay is a hero in our household.

Myisa: Most recently I’ve been moved by Ava DuVernay, I appreciate the way she uses her platform. I’ve learned things about production just from watching her Instagram stories, and that’s obviously intentional! It seems like she values being a vessel of information and a resource to people and I appreciate that, I’d like to emulate those qualities. I recently learned about a Buddhist nun/Chef named Jeong Kwan, she was featured on Netflix’s “Chef’s Table”. She cooks from nature, with heart and positive intention. Everything about her seems to radiate peace. She’s #goals.

Names three books that changed how you saw life and you recommend to others?
Ali: Why Should White Guys Have All The Fun by Reginald Lewis; The Fire Next Time by James Baldwin; Outliers by Malcolm Gladwell

Describe the voice of success that you hear in your head.
Ali: The voices sound like Myisa, Jeannie, Nedra and Brittni, Monica, and Crystle. All the voices in my head that have led me to success — or out of trouble — sound like all of the Black women I’m lucky to have in my life.

Community success based on what you do in the community means what to you.
Myisa: Having an impact on my community is the foremost reason I do the work I do. If though UNCODE we’re able to show Black people that being Black is whatever we want it to be I’ll feel good about that.

What software and technology tools have made the biggest difference in your life?
Myisa: As an editor and photographer the software I come into contact with the most are programs in the Adobe suite like Photoshop, Lightroom, Premiere, Audition, and After Effects. Knowing these programs well and being able to work within them fluidly makes a huge difference in work flow efficiency. The coolest tool I have is my tablet, it lets my draw and doodle on the screen, it’s nice to be able to draw flowy organic feeling lines and it’s makes photo editing much quicker.

How does music impact and influence you?
Ali: I was born and raised in Atlanta. I grew up listening to Chris Lova Lova, La La, Poon Daddy and Ryan Cameron on Hot 97.5. So So Def’s Bass All-Stars album releases used to mean the world to me. Records by OutKast helped me gain an understanding of the world and what it meant to be a proud southerner. I feel pretty confident in saying Organized Noize, Jermaine Dupri and LA Reid helped define a large part of my childhood and adolescence.

Myisa: I’m moved by all of the arts, but there’s an intimacy to music that is really special. You can listen to music with your eyes closed, there’s a closeness I think we all develop to songs. With that, the influence it has, depending on the song, can be anything from tears to a vision for a film.

If you could change one thing about the world, what would it be?
Myisa: Listen more. Judge less.

If you could change one thing about yourself, what would it be?
Myisa: To remind myself more often that everything happens at the right time.


Posted in News2 and tagged exclusive