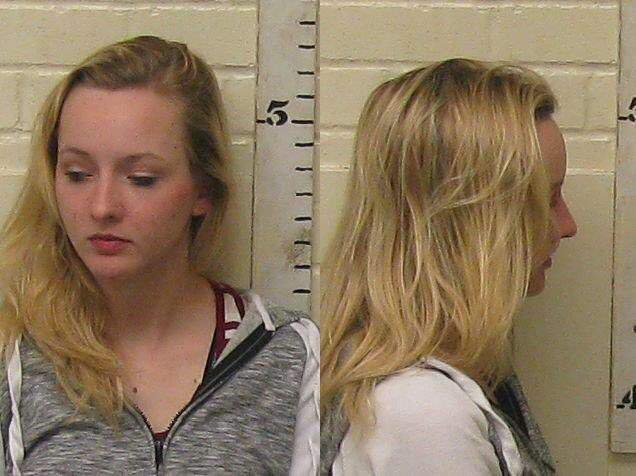 On the evening of March 8, Breana Talbott, 18, ran into a church in Denison, Texas wearing only her bra and panties. She told members of the church that she was raped and kidnapped by three Black men. The incident shocked the small town which is north of Dallas as police began searching for Black suspects with K-9 dogs. It also created a racial backlash on social media.

Following Talbott’s accusation, dozens of right-wing blogs and racists on social media began to react. After the story was posted on the website, Dailystormer, a commenter wrote, “Why? They brought the n—s as slaves to America, assassinated the US president for planning to send them all back to Africa and then during the 1960’s the abolition of racial segregation!”

Another racist wrote, “You’re spot on. I want to hate n—s so bad, but in reality, they are just animals that have been trained to beg from us and attack us when they don’t get what they want. Prepare to defend yourself and your family from n—r animals, but put the blame squarely where it belongs. On the Jews!”

But following a police investigation, it was determined that Talbott lied about the entire incident and created self-inflicted wounds. “The so-called victim in the case confessed to the hoax last evening (March 21) to a member of the investigative team working the case. Talbott’s hoax was also insulting to our community and especially offensive to the African-American community due to her description of the so-called suspects in her hoax,” Denison Police wrote.

Talbott’s lie resembles a long history of White women who have falsely accused Black men of sexual assault or rape. Black men have been beaten, hung, and served time over similar incidents. Decades after Emmett Till was brutally beaten and killed at 14, the White woman who claimed that he whistled at her revealed that she lied about the ordeal.

Talbott could have ruined the lives of three innocent Black men with her accusations and continued to damage race relations. However, she was arrested and only charged with a Class B misdemeanor.