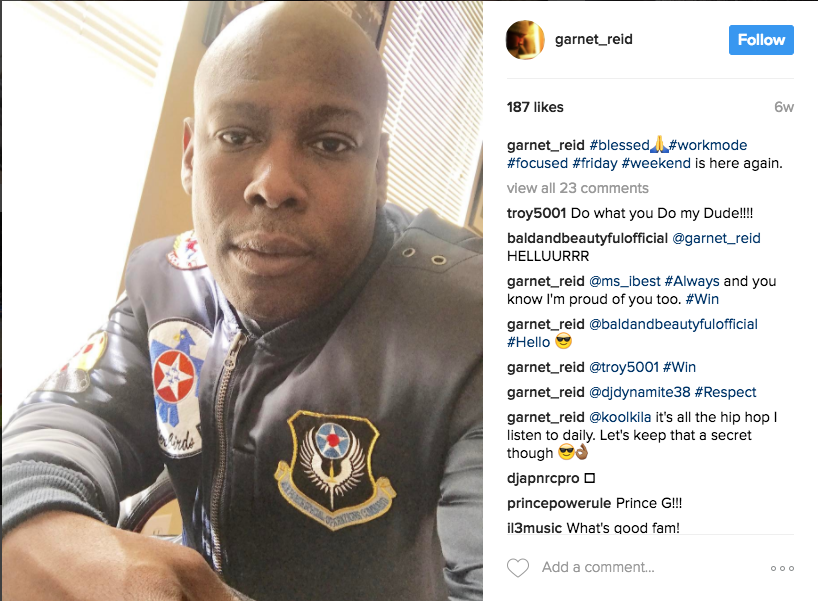 Reid has worked with major artists from Eric Sermon to Drake. 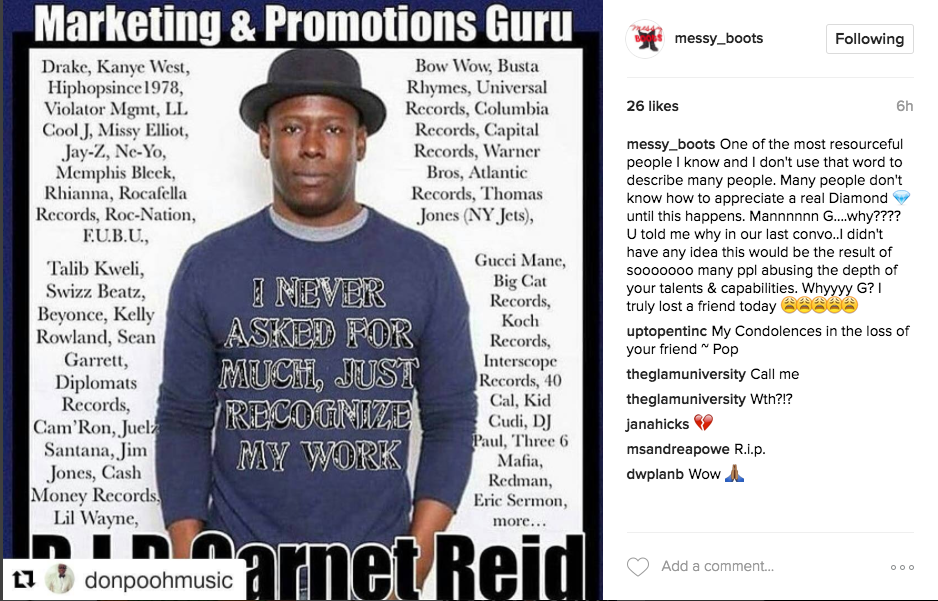 He is survived by his dad and his brother.

Garnet Reid Memorial Services will be held on Tuesday, April 11, 2017 at 11 a.m. at the Word of Faith Family Worship Cathedral, 212 Riverside Parkway in Austell, Georgia 30168.