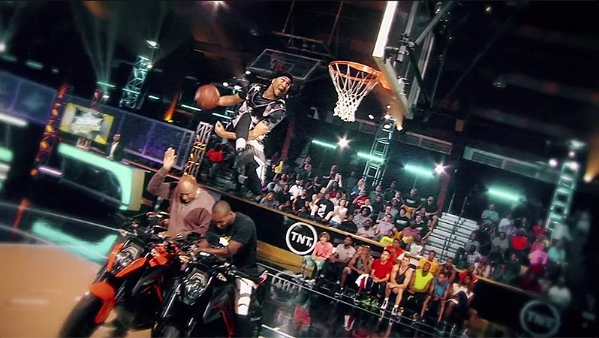 Dunking in basketball is much like hitting a home run in baseball, where they’ve long said that “chicks love the long ball.” Dunking is the sexiest and most admired act in the sport because only a small percentage can perform the act, and even a smaller fraction of the population can make a spectacular dunk look easy.

Turner Sports has capitalized off of the public’s fascination of dunking as they premiere the second season of “The Dunk King Presented by 5-Hour Energy on TNT” featuring 24 of the top amateur dunkers from around the globe this May, with new episodes airing nightly immediately following the network’s coverage of the first four games of the 2017 NBA Eastern Conference Finals.

To help sweeten the situation even more, Turner has invited the greatest and most celebrated dunkers in the annals of NBA history, including Julius “Dr. J” Erving and three-time Slam Dunk Champion Nate Robinson, who will serve as judges of the contest along with “NBA on TNT” analysts Charles Barkley and Shaquille O’Neal and 1996 NBA Slam Dunk Contest winner Brent Barry.

The show, created by Turner Sports and produced by A. Smith & Co. Productions, will be hosted by actor Terrence J and “NBA on TNT” co-host Kenny Smith.

Porter Maberry will look to defend his title of “The Dunk King” against a competitive field, with bragging rights and a $100K prize on the line.

Last year, TNT’s premiere episodes of “The Dunk King“ reached 10.9 million total viewers, and delivered the most-viewed program of the night – based on total viewership and all key demos – across cable television in its telecast window each of the four nights. Last season’s shows also generated 36 percent more viewers, 68 percent more men 18-34 and 59 percent more people 18-34 when compared with the network’s average viewership in each of the respective telecast windows.

In its 33rd consecutive year of NBA coverage, TNT will televise more NBA Playoff games than any other network, including exclusive coverage of the 2017 Eastern Conference Finals.