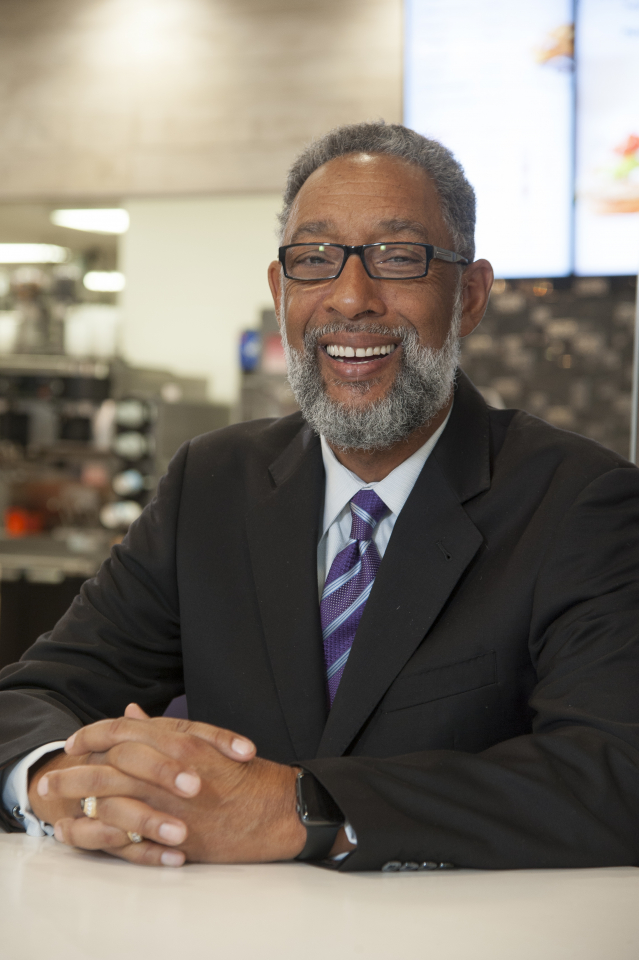 Reggie Webb is the successful business owner of 16 McDonald’s stores in the L.A. and Inland Empire area. From his start as a management trainee at a Southern California McDonald’s, Webb progressed to working for McDonald’s corporate office, to eventually opening his first two stores. Over the span of his 40-year involvement with McDonald’s, Webb has created a family enterprise, mentoring his children as they opened their own McDonald’s franchises. Rolling out had the opportunity to talk with Webb about how created a lasting family legacy.

What has fatherhood given to you?

Fatherhood has given me a sense of life-everlasting. I have children and grandchildren. There is comfort in knowing that beyond you, your family continues. It’s been a wonderful blessing.

Have you always known that you wanted to have a family?

I got married at a young age, but not so much for the times. I was 23 and my wife, Rene, was 21. We waited a while before our first kid, Karim, was born. Nothing prepares you for it. You may think you want something but a whole new world opens up and there becomes somebody in your life that is more important to you than you are. That is the wonder of parenthood. I don’t know many parents that wouldn’t immediately give it all for their children. That is a different kind of love that you won’t have until you become a parent.

How has your wife supported you as a father?

Whatever success [the family] has is due to Rene. When I came along, I wasn’t that much of a catch. She was the real catch. She is very educated and she is an accountant. In every way, she sacrificed the potential of her career, for my career. She was on a very fast track to being one of the leaders in the accounting department for Pacific Lighting Corp. At the time, that was big, especially for a Black woman. I had the opportunity to move to Oakbrook [California] with McDonald’s. It wasn’t an easy decision for us but it was especially difficult for her than for me. The fact that she made that decision and sacrificed her career set the foundation for everything that we have and everything that we are as a family.

What have been the most important moments that have helped you to grow as a father?

Each one of the children is their own unique human being. They have different needs and aspirations. You have a kid that kind of goes off the rails, doesn’t really adopt the core values that we have as a family, and has some difficulties as a result of it. When that kid realizes the errors of their ways and then comes back to the things that make all of us successful and rises above the problems they have, that is the most wonderful feeling I’ve had as a parent. I hope every parent that has children that are making choices that are not in their interests, will see what they’ve put in, will ultimately come out. 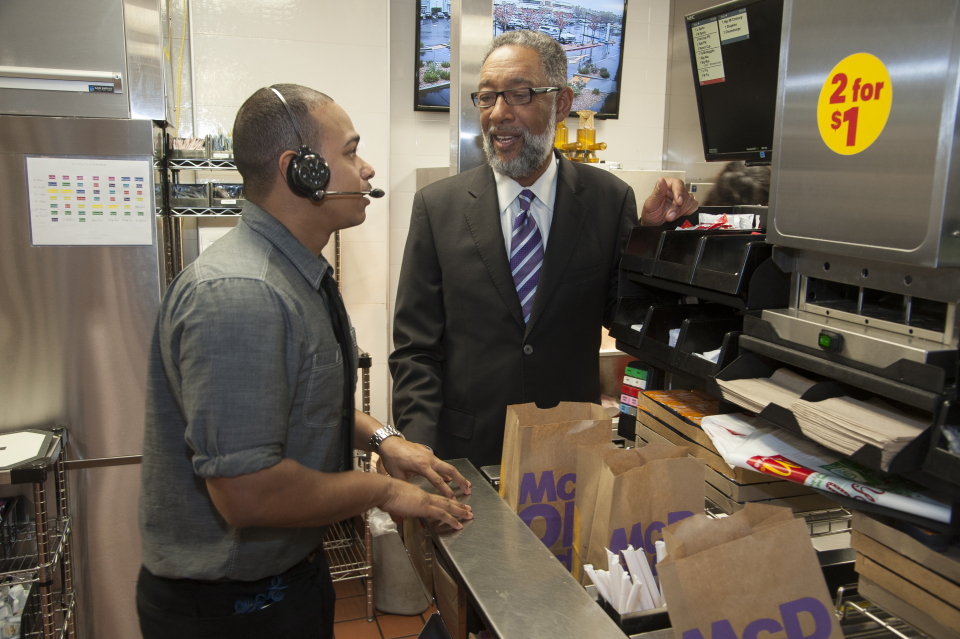 When you opened your first McDonald’s, what was the legacy you envisioned for your family?

When we opened the first two stores, I didn’t envision a legacy; I was just trying to survive. It was so different. I originally worked in McDonald’s corporate so I wasn’t used to the environment of the store. I was used to a high-rise office, meetings, and first class air travels. When you become a franchise, on that first day you’re dealing with the community. They are your customers and the people you work with. So it was a shock and blessing at the same time. It allows you to get down to reality.  There are so many different realities out there. We have 16 stores in 16 different communities with their own set of challenges and successes. I would say it took years before I started to think of the business as a legacy. What motivated me to open the franchises is that I didn’t want to leave Southern California again and I knew my kids couldn’t inherit my [corporate] job but they could inherit a business.

How did you guide your children when they decided to open their franchises?

What I tried to guide them to do is prepare themselves for what they wanted to do. This is something that I wanted to do. It was not what they had to do, at all. Both of my sons went to Morehouse. Kyle was a finance major. After graduation, he came back [to California] and spent three years with ABC Disney in their finance department before deciding to come on board. Kiana was a business major from the University of San Francisco. She’s 6-foot-2 and played basketball. After graduation, she worked at a tall women’s clothing store and had the opportunity to buy it, with a chain of four of them across the country, but she decided to join the family in the McDonald’s business. So we were blessed in that way. Karim came into the McDonald’s business and qualified as an owner/operator. We had both challenges with Mcdonald’s and working together, which caused him to go his own separate way. He is successful and he is about to open his fourth Buffalo Wild Wings in Koreatown.

What makes your franchises different from others?

If you want to excel you have to distinguish yourself. One thing that distinguishes our store is there are fresh flowers by the registers. A lot of people don’t even notice that but we notice. The second is the environment. We spend a lot of time making the environment comfortable for both the employees and customers. The third is how we relate to the wonderful opportunity to train and develop America’s youth. I believe we are America’s best first job. You cannot get better training on how to work with other people, work in a system, become a part of the team, become a leader, operate a successful business enterprise, and become a manager with good resources. Most of the people that are leaders in our company, started with us when they were 16. But whether they started with us and stayed or moved on, the skills they learned at such a young age, has helped them become more successful in whatever they are doing today.

What’s the one thing you want your customers to remember when they leave your store?

I don’t really want them to remember any [physical] thing. I want them to feel. I want them to feel pleased. That means they’ve been respected, treated with dignity and kindness, and received everything they paid for including great service, a clean environment, and hot and fresh food. If they are satisfied, Iknow they will come back. The more satisfied they are, the more successful we are. 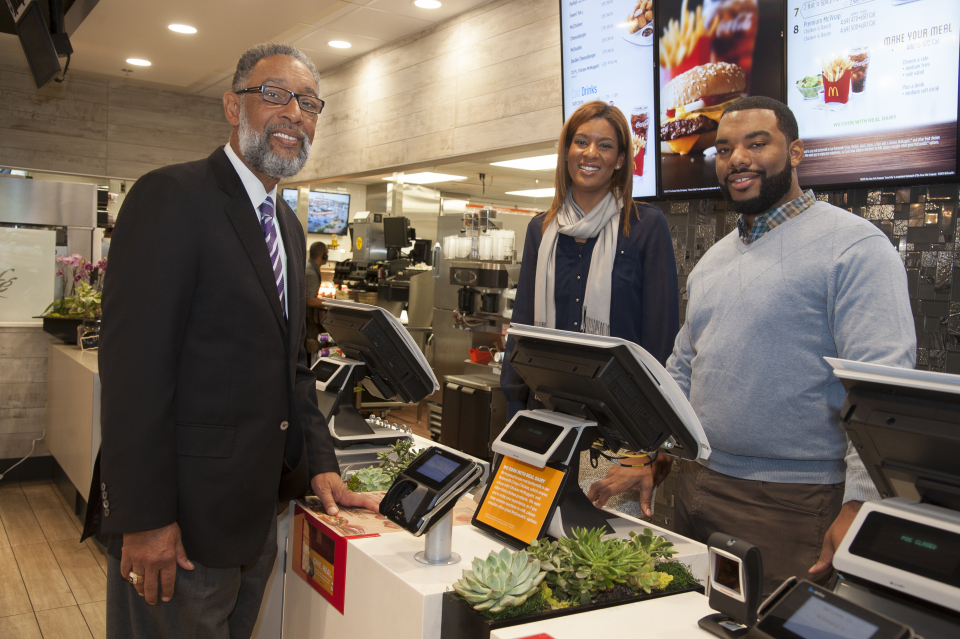 Being a father has allowed me to …

Have freedom because my children have taken over the operation and they are better than I ever was. So now I have the freedom to do the things I want to do, opposed to the things that I have to do.

I love them unconditionally. I wanted them to start from my shoulders opposed to where I had to start from. I want them to do the same thing for their children

I work to communicate with my children as a father because …

We are one. The things we do, we do together as a family. You can’t move forward without great communication.

I am present in my child’s life because …

I can’t imagine my life without me present in theirs or vice versa.

Being a father and guiding my children means …

Allowing them to make their own decisions, including their own mistakes.

It is the second most important role in life, with the most responsibility, behind being a husband.